A wine flavoured and sprinkled with spices and herbs, whose name is derived from the wormwood (Artemisia absinthium). This is also used for the famous spirit Absinth with its characteristic green colour. The main ingredient of the plant is the essential oil thujone, which causes the typical bitter taste. Wine flavoured with herbs was already produced by the Greeks and Romans in ancient times. The Greek physician Hippocrates (460-377 B.C.) was aware of the appetite and digestive properties of the drink and he experimented with it. The Roman writer Pliny the Elder (23-79) praised a flavoured spiced wine called "Hypocras" in the highest tones. The Romans called a spiced wine "aperitivum" because of its appetising effect. 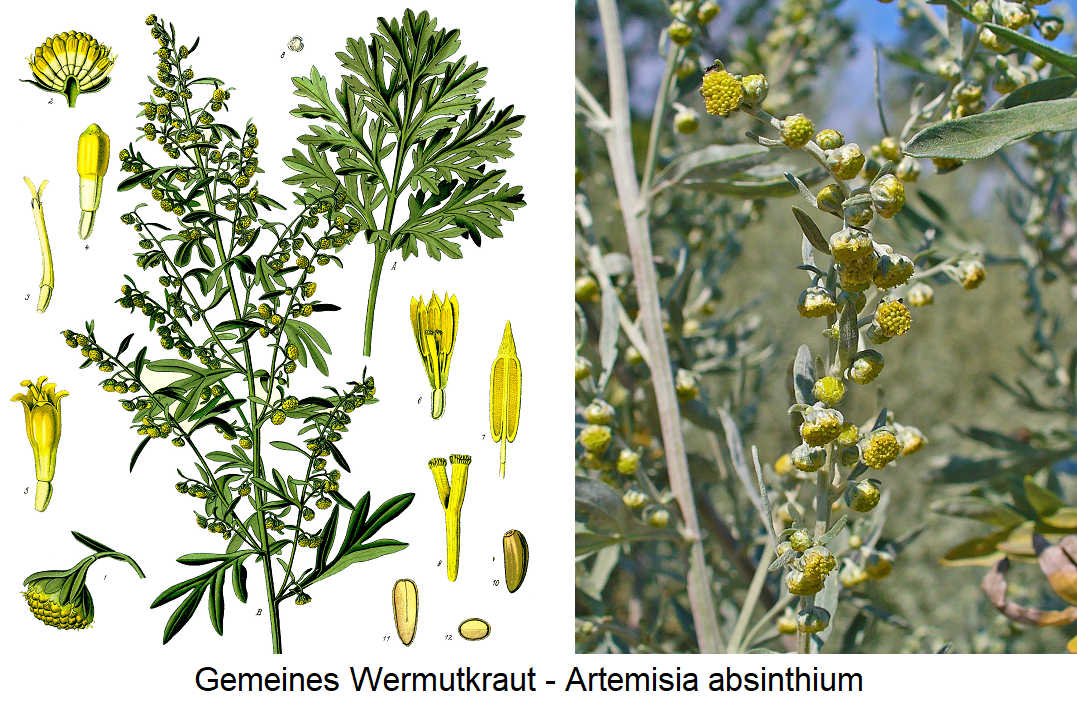 It was not until many centuries later that this type of drink became popular and is today, especially in Italy and France, popular not only as an appetizer. At the beginning of the 16th century, Jeronimo Ruscelli, also known as Alessio Piemontese, sold wormwood wine in his homeland, the Kingdom of Savoy. The birth of wormwood, as we know it today, did not take place in Italian Piedmont until much later, in 1786, when Antonio Benedetto Carpano (1764 -1815) created the first wormwood in his liqueur shop in Turin and founded the famous company. In 1870 the famous brand Punt e mes was created in this company. At the end of the 18th century large quantities of wormwood were already being produced in Piedmont, and the region is still the most important producer today.

Carpano soon found imitators with the at least equally famous Italian vermouth brands Martini & Rossi, Cinzano and many others. Other well-known brands are the French wormwoods Chambéry, Lillet, Noilly Prat and Picon. By law, wormwood must be produced from at least 75% wine with the addition of various herbs, spices (such as cinchona bark), plant extracts, aromatic substances and spirit(ethanol) in a complicated and often secret recipe. The alcohol content is brought up to 22% vol. by spriting with distillates. There are white and red, dry and sweet versions. Dry wermuts are called "French style", sweet ones "Italian style", although all variants are available in both countries.

The centre of French production is the small town of Chambéry near Grenoble. French Vermouth is based on white wines, which are mostly dry aged. There is the protected designation of origin Vermouth de Chambéry. Compared to Italian vermouth, French vermouth is generally darker and has a slightly oxidized taste. The Italian Vermouth di Torino is also protected of origin. Vermouth is a frequently used ingredient in numerous cocktails - the most famous of which is the Martini cocktail. Campari is made in a similar way to vermouth.