The winery, first mentioned in 1918, is located in the municipality of Kapfenstein in the wine-growing region Vulkanland Steiermark (Austria) near the border with Slovenia. Since 1981 it has been managed in the third generation by Georg Winkler-Hermaden, who graduated as a master winemaker in Silberberg in 1986. The castle on the Kapfensteiner Kogel, which was already mentioned in a document in 1065, is part of the family's property. One attraction is the 350-year-old "Lange Keller" with a length of 60 metres, which was renovated until 1997. In this cellar the red wines mature in barriques and seminars, tastings and cultural events take place here. The wines are pressed in the over 200 year old "Löwenkeller", which is carved into the mountain. The additional "Drachenkeller" is an extension from 1999. 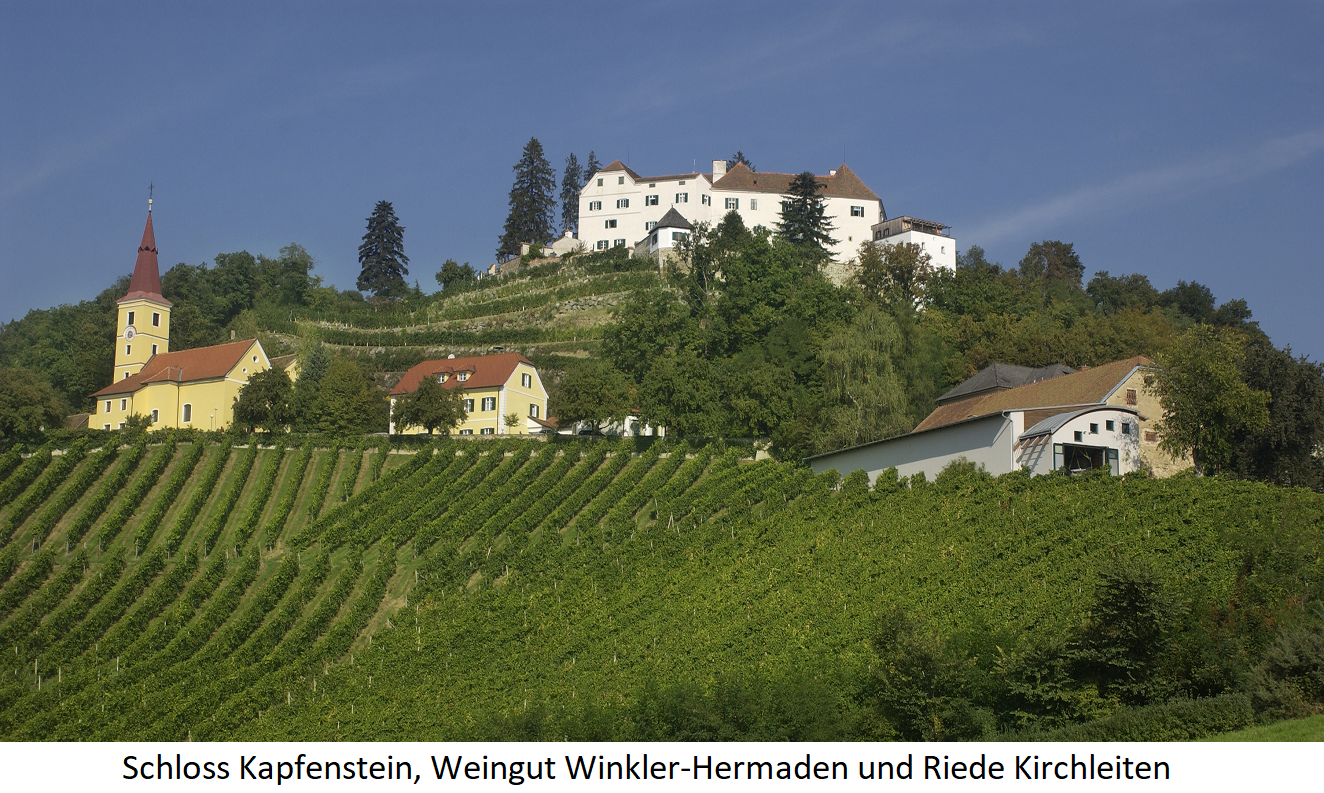 The vineyards comprise 40 hectares of vines, including the leased vineyards of the Gräflich Stürgkh'schen Weingut (Domäne Stürgkh) in Klöch since 2004. The outstanding sites are Hinteregg, Kirchleiten, Lidlberg, Rosenleiten, Schlosskogel and Winzerkogel (Kapfenstein), as well as Hochwarth and Ölberg (Klöch). Half of them are planted with the red wine varieties Blauer Zweigelt, Merlot,Pinot Noir, St. Laurent, Cabernet Sauvignon and Roesler, and half with the white wine varieties Sauvignon Blanc, Gewürztraminer, Welschriesling,Pinot Blanc, Morillon,Pinot Gris, Traminer, Riesling and Muscaris. The vineyards are organically cultivated according to certified rules. This includes humus fertilization, year-round greening with sowing of legumes and mulching several times a year.

Depending on the type of wine, the wines are aged in stainless steel tanks, large wooden barrels or barriques. Barrique barrels have been used since 1986. They are made from the wood of Kapfensteiner oaks from our own forest. The wines are produced in the lines Local Wines, Styrian Classic STK, First STK Lage and Great STK Lage. The flagship is the red wine "Olivin" (Zweigelt), aged for 24 months in barrique, which was named after an olive-green crystal rock found on the Kapfensteiner Kogel. Around 180,000 bottles of wine are produced annually. Noble brandies(fruit, marc), bottle-fermented sparkling wine and vinegar are also produced. The winery is a member of the Styrian Terroir & Classic Wine Estates Winegrowers' Association.

Informations about "Weingut Winkler-Hermaden" in wein.plus Wine Guide
This page was last modified at 22 July, 2020 at 06:54.