The German term Winzer is derived from the Latin "Vinitor" (from Vinum = wine) and means "Weinleser" (grape picker). This suggests that in the past it was only used to describe the activity of growing grapes. Today, in German-speaking countries, this is not a clear occupational title, but rather a general, colloquial collective term for the group of winegrowers, regardless of the scope of the activity, from pure grape suppliers to wine producers (cellar masters). As a rule, however, only one wine-producing enterprise is designated as a winery. 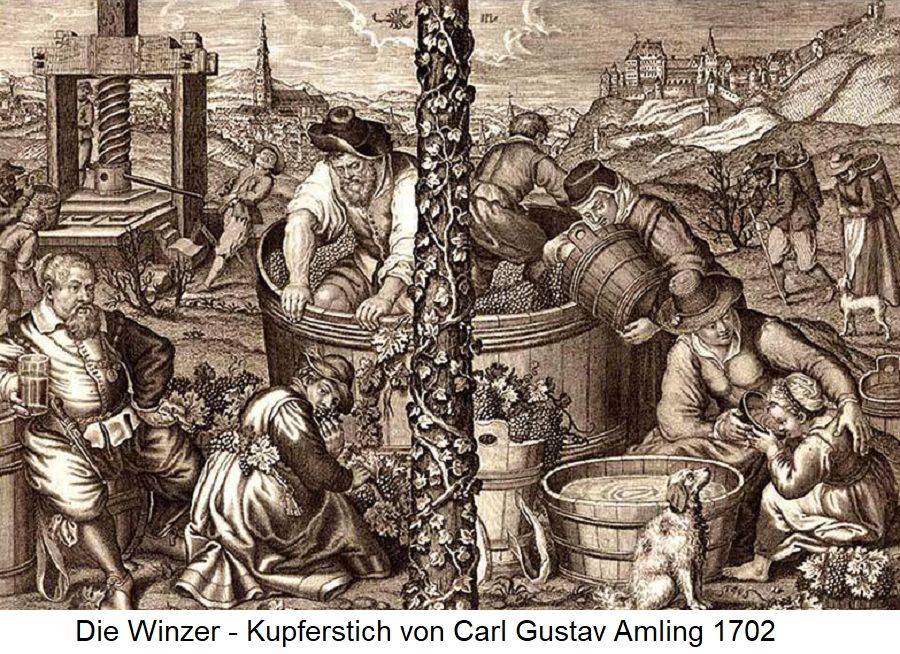 Further professional titles are Hauer, Weinhauer and Weinbauer(Germany, Austria, Switzerland), Hacker or Häcker(Baden and Württemberg), Weingärtner or Wengerter (Württemberg), Criador(Spain), Vignaiolo(Italy, grape producers only), Coltivatore(Italy, winegrowers and wine producers), Winegrower (English-speaking area) as well as Vigneron or Viticulteur(France). In Austrian Styria there used to be a difference between winegrowers and winemakers. While the winegrower managed his own property, the winemaker was a (now extinct) profession. This means that the winegrowers worked on behalf of the owner (church, private) and received money or a partial yield of the agricultural land they worked on in return. Another form used to be the half-lease or partial lease(Métayage).