Producers and Wine Reviews about the "Wagram DAC"

One of the eight specific wine-growing areas in the Austrian province or generic wine-growing region of Lower Austria. From 1995 to 2007 it was called Donauland, but this confusing name never caught on because the Danube also flows through other wine-growing areas. The new name Wagram became valid from the 2007 vintage. The eponymous elevation north of the Danube stretches from Feuersbrunn in the west to Heldenberg in the northeast. The name (Wachrain) is derived from "Wogenrain" or "Wogenrand", which was the former edge of the Danube in the Tullner Feld during the last ice age. On a base of primary rock lies a spring horizon of marine sand, above which loess piles up to twelve metres high. The yellow soil has a high water storage capacity and makes for complex wines. 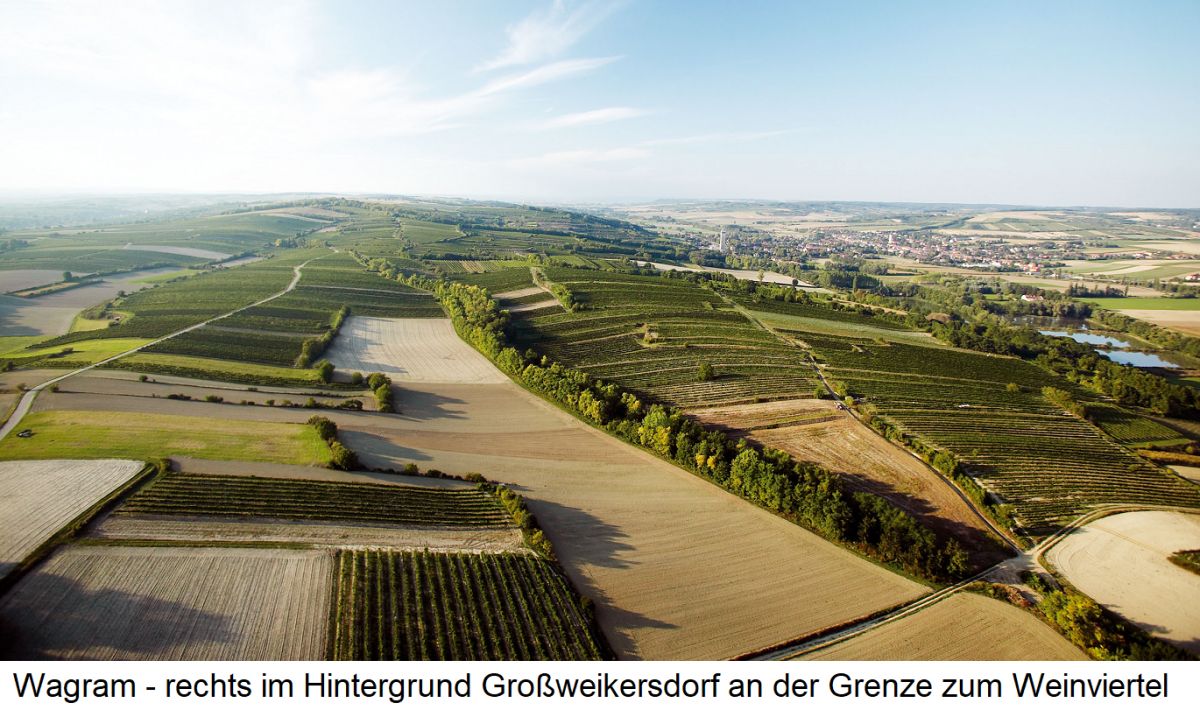 The Wagram winegrowing region consists of two areas separated by the Danube. To the north and along the river stretches the much larger area mentioned above between the two wine-growing regions of Kamptal in the west and Wien in the east. It also gave the name to the wine-growing region and covers around 2,100 hectares of vineyards. Well-known wine-growing communities are Fels am Wagram (with the vineyards Fumberg, Hammergraben, Mitterweg, Schafberg, Weelfel, Wora); Grafenwörth (Am Berg, Kellerweingarten, Nußberg and Rosenberg); Großriedenthal (Alter Weingarten, Eisenhut and Goldberg); Großweikersdorf as well as Kirchberg am Wagram (Hundsberg, Schlossberg and Steinberg). 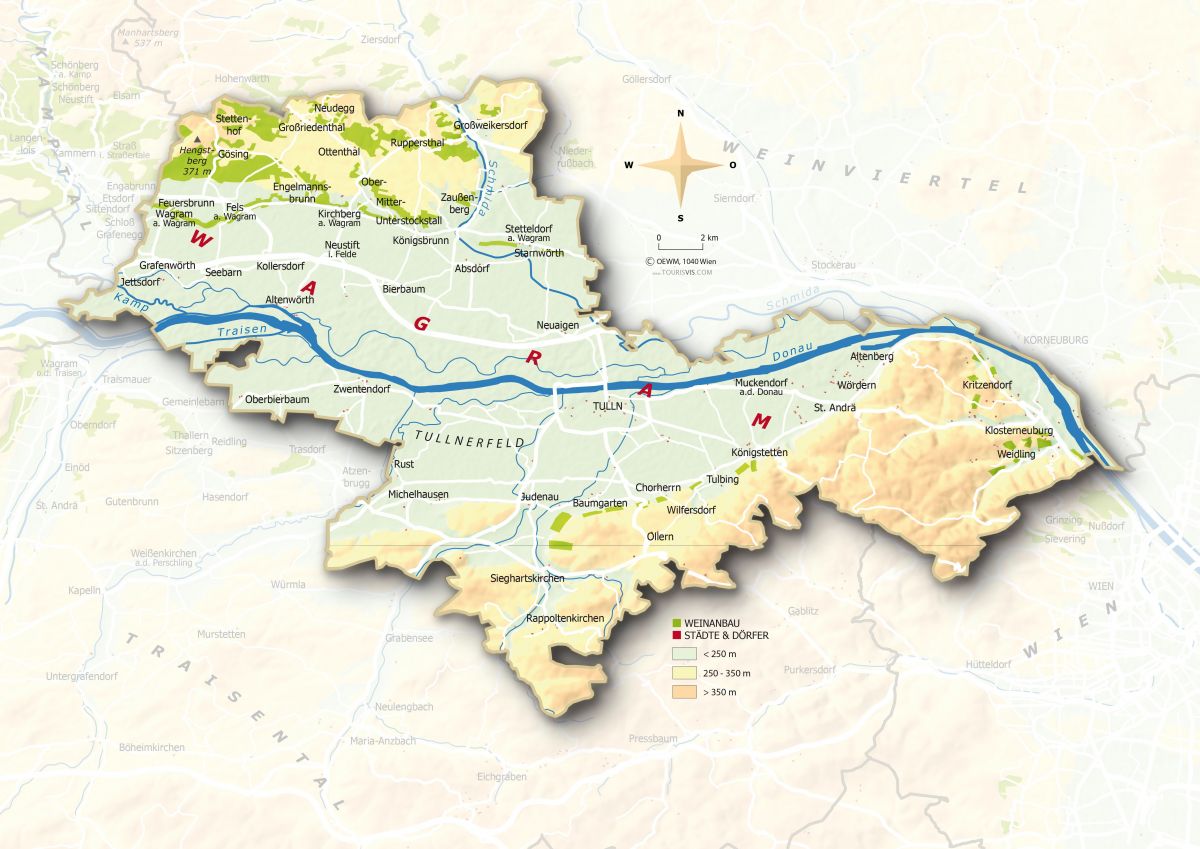 East of this and south of the Danube lies the second part named after the town Klosterneuburg, including the town of Tulln and the municipality of Atzenbrugg. When the wine-growing area was renamed from Donauland to Wagram, this area was given the status of Großlage. The vineyards of this much smaller part cover about 350 hectares of vineyards. The cadastral communities of Höflein, Kierling, Kritzendorf, Maria Gugging, Weidling and Weidlingbach belong to Klosterneuburg. Well-known vineyards are Franzhauser, Weidling, Wieden and Ziegelgrub. The climate is characterised by the influence of the Danube, the protection against cold northern air by the foothills of the Manhartsberg and the nearby Pannonian region.