One of about 30 American species or wild vines with the complete botanical name Vitis rotundifolia Michx. The French botanist André Michaux (1746-1802) is honoured in the name. It is the only species of the vine subgenus Muscadinia. It does not therefore belong to the subgenus Vitis like the other American and Asian species and the European Vitis vinifera. Strictly speaking, therefore, the name Muscadinia rotundifolia should be. In most sources, however, the name Vitis ritundifolia is used. Trivial synonyms are Bird Grape, Bullace Grape, Bullit Grape, Currant Grape, Muscadine Grape, Roanoke, Southern Fox Grape and Vigne Musquée. 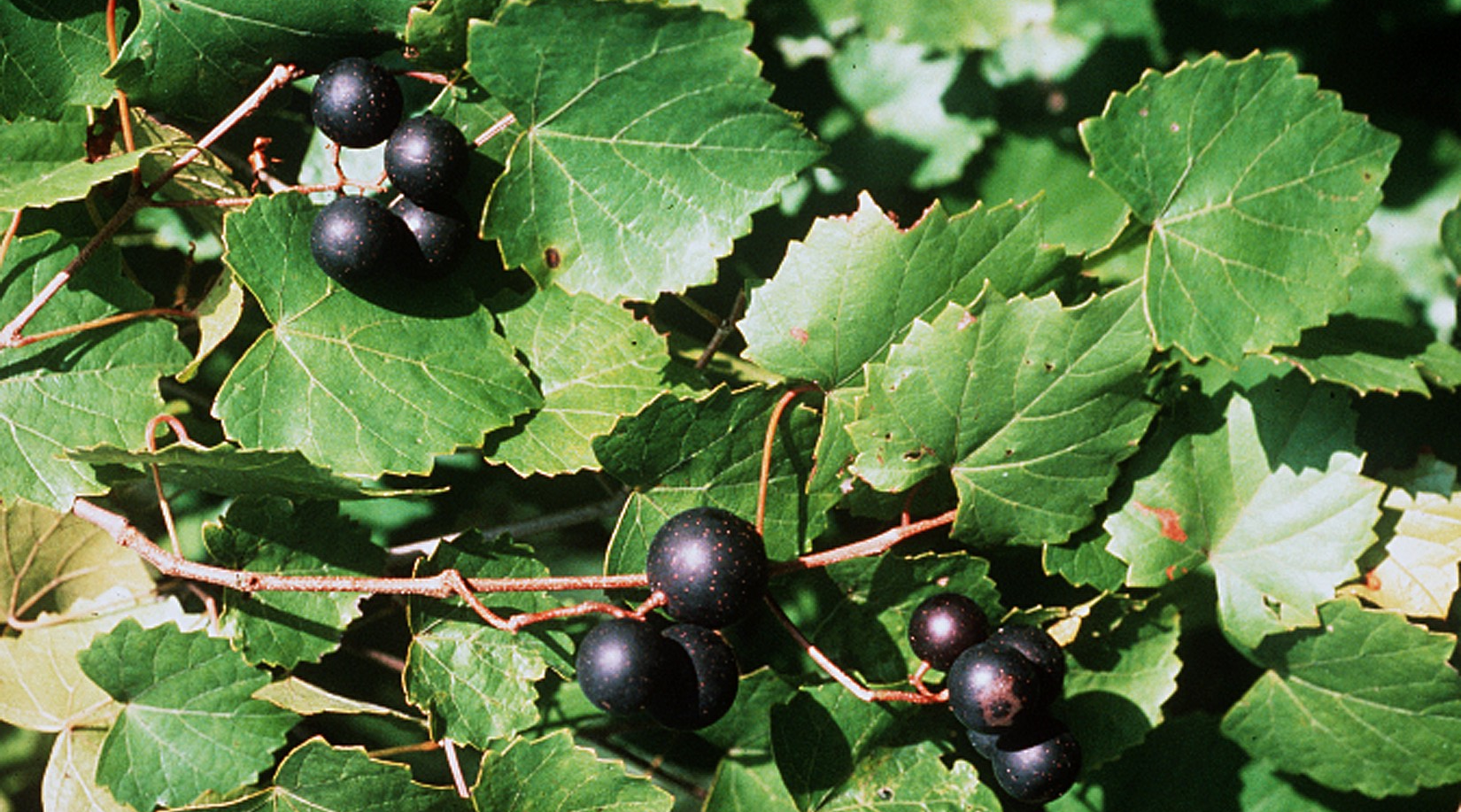