One of about 30 Asian species or wild vines with the complete botanical name Vitis coignetiae Pulliat ex Planch. The name honours two French scientists, Victor Pulliat (1827-1896) and Jules Émile Planchon (1823-1888), who have made outstanding contributions to research. Planchon first described the species in 1883 in a scientifically valid way. It is also known as the rust red vine or scarlet vine (Crimson gloryvine) because of the attractive scarlet to carmine red colouring of its leaves in autumn and is therefore often used as an ornamental vine on house walls. 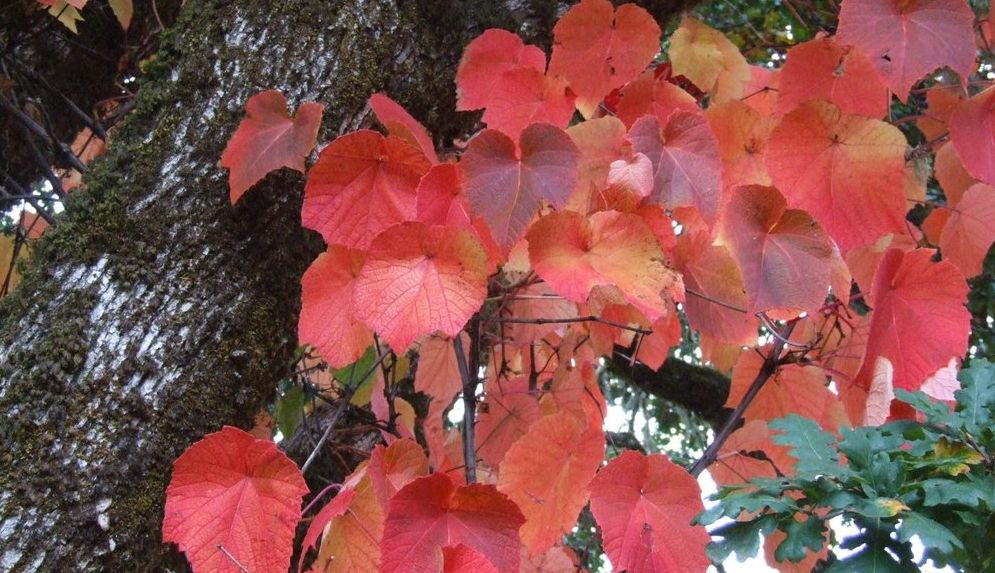 The frost-hardy vine is found mainly in the east of Russia, as well as in Japan and Korea. It thrives in cool damp forests on sandy-clayey soils and climbs up to 25 metres into the treetops. The grapes with small, blue-black berries are rather inedible. In Asian countries they are also used to make wine, in Japan from the selected variety Yama Budou. During the phylloxera catastrophe in the 19th century this wine was exported from Japan to Europe. Two other Asian species are Vitis amurensis and Vitis ficifolia. See also under Asian vines and vine systematics.