Exclusively used on the Greek island of Santorini for a sweet wine made from dried grapes classified as OPAP. The name originated under Venetian rule and means "wine from Santorini". Although a Vinsanto has a certain similarity to a Vin Santo from Italian Tuscany, it is an unmistakable product, especially because of its acidity. Probably the Vinsanto was the model for the Vin Santo called "holy wine" (the Italians claim the exact opposite). In former times the Vinsanto was the mass wine of the Russian Orthodox Church and an important export article. 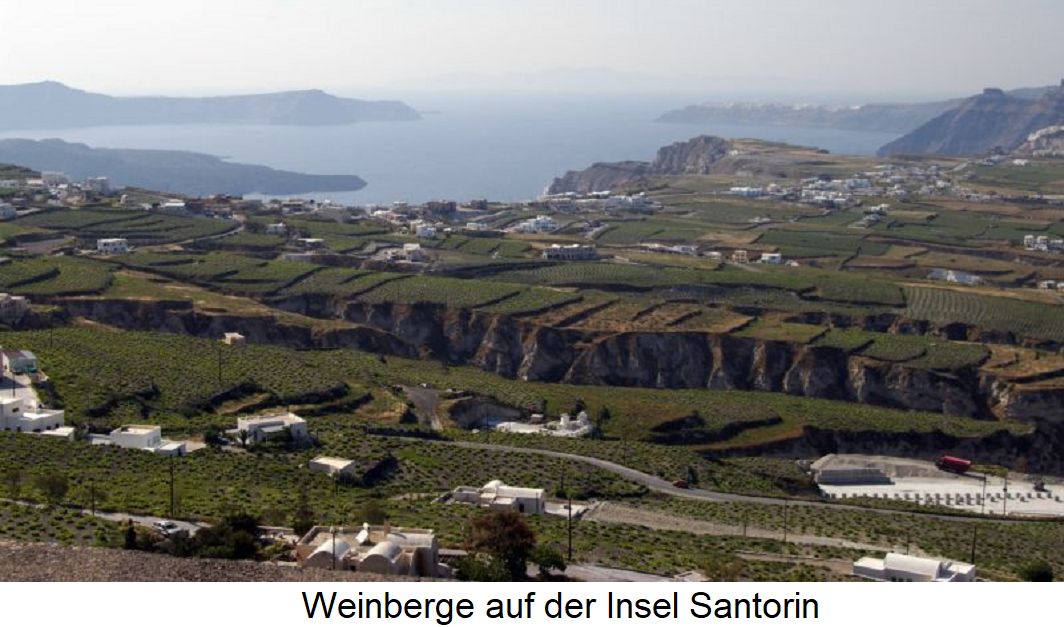 The three white wine varieties Assyrtiko (at least 75%) as well as Aïdani Aspro and Athiri Aspro (together a maximum of 25%) are permitted, whereby this also applies to the dry OPAP version. As a rule, many winemakers use only the two varieties Assyrtiko and Aïdani Aspro. The sweet wine is produced in the three varieties Vin doux, Vin doux naturel and as Vin naturellement doux. The extremely low yields after drying the grapes in the sun are 7 to 8 hl/ha; the alcohol content is between 8 to 15% vol. The residual sugar is mostly between 200 and 300 g/l, in some cases even over 400 g/l.