This temporary winegrowing profession or function was once widespread throughout Europe, but is now almost extinct (the author, however, still experienced such vineyard keepers himself in Lower Austria in the 1950s; see picture below). Depending on the region and country, there were various names such as Bannert, Beerhüter, Flurhüter, Hirter (in Austria dialect "Hiata"), Hüter, Jahrhüter, Saltner (South Tyrol), Schütz or Wengertschütz, Weinbergshüter and Wingerthüter. In the "Hutzzeit", the guardians had the task of guarding the vineyards from the time the grapes ripened - i.e. before the grape harvest began - and protecting them from theft. 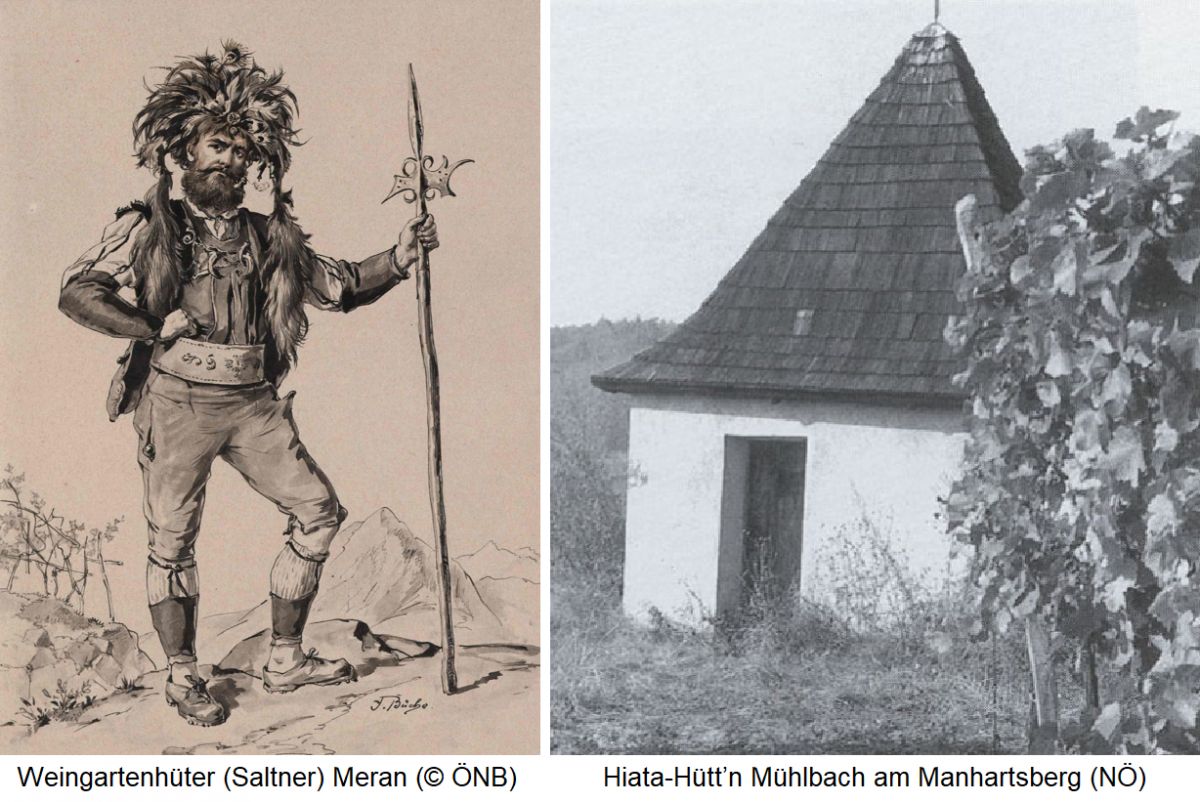 In addition, they had to protect the vineyards from harmful birds (partly still practised today) and game damage. These guardians sometimes also had police powers over human grape thieves. They were appointed and paid by the local authorities. Their work was limited in time and ended with the end of the grape harvest - which in some wine-growing areas was 16 October (St. Gall's Day). According to an old farmer's rule, this was announced as follows: On Saint Gall's Day, everything should be at home.