The white grape variety (also Geilweilerhof. 84-21-9) is a new variety between Sirius x Vidal Blanc. By the way, the variety Felicia was created with the same parents. It contains genes from Vitis berlandieri, Vitis rupestris and Vitis vinifera. The hybrid was crossed in 1986 by the two breeders Rudolf Eibach and Reinhard Töpfer at the Rebenzüchtungs-Institut Geilweilerhof in Siebeldingen-Pfalz. The plant variety protection was granted in 2004. The variety was a crossing partner in the two new varieties Floreal and Voltis. The vine is resistant to both powdery mildew (high) and botrytis (medium to high), which is why it is considered a so-called PIWI variety. It produces white wines with discreet acidity, reminiscent ofPinot Blanc. In 2010, no stock was recorded in Germany (statistics Kym Anderson). 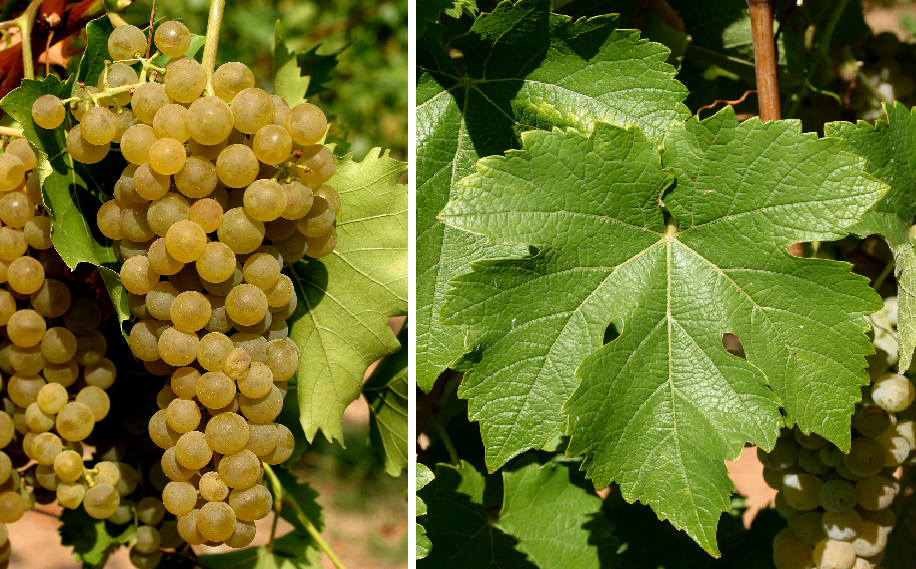