Producers and Wine Reviews about the "Valdinievole DOC"

DOC area for red wines (only from 2011) and white wines (until 2010 under the DOC designation Bianco della Valdinievole) in the Italian region of Tuscany. The name is derived from the Val de Nievole in the south-western part of the province of Pistoia, through which the river Nievole flows. The vineyards of the zone cover a total of about 150 hectares of vineyards in the municipalities of Buggiano, Chiesina Uzzanese, Lamporecchio, Larciano, Marliana, Massa e Cozzile, Monsummano Terme, Montecatini Terme, Pescia, Pieve a Nievole, Ponte Buggianese e Uzzano in the province of Pistoia. 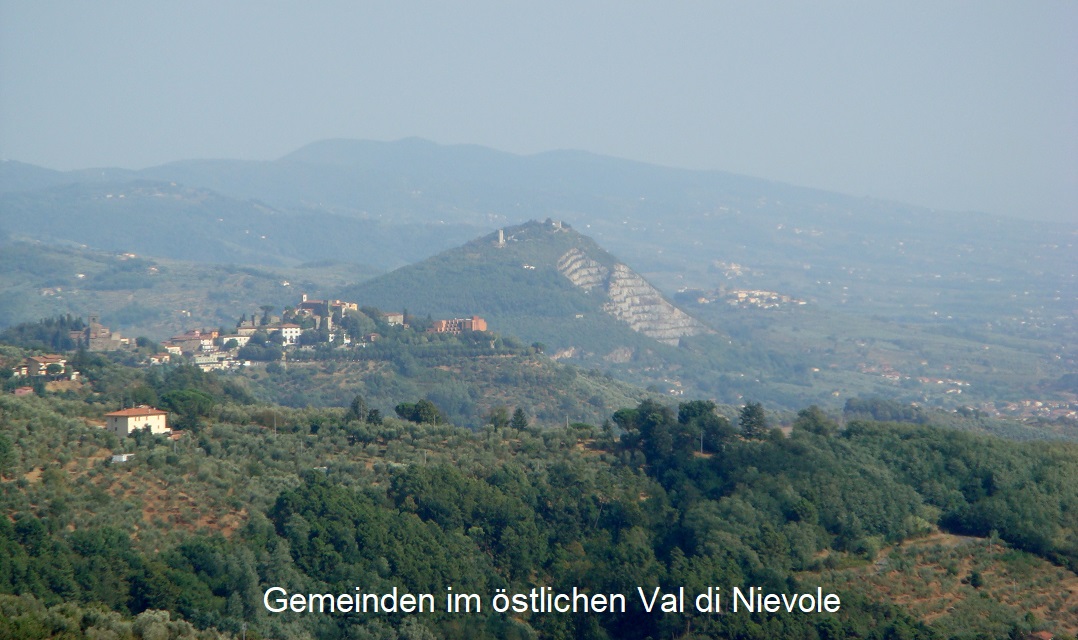 The Bianco (also called Superiore) is made from Trebbiano Toscano (zum. 70%) and other authorised varieties (max. 30%). The Rosso (also as Superiore without white varieties) is blended from at least 35% Sangiovese and at least 20% Canaiolo Nero together at least 70%, as well as other approved varieties (max. 30%, of which max. 10% white). The Sangiovese must be made up of at least 85% of this variety and a maximum of 15% of other varieties (of which a maximum of 5% white). The Vin Santo (in secco or dolce) must be made from partially dried grapes of at least 70% Trebbiano Toscano and a maximum of 30% of other varieties. For the red wines the special Tuscan winemaking technique Governo is allowed. If the grapes come from classified vineyards, Vigna followed by the name of the vineyard can be indicated.