For humans invisible electromagnetic radiation with wavelengths shorter than "normal" and visible light and beyond the violet. Ultraviolet radiation causes chemical reactions in many substances. It is also involved in the formation of ozone in the atmosphere. In living beings, this can lead to harmful changes and mutations if it is present for a long time. Incidentally, the Italian pomologist Alberto Piròvano (1884-1973) experimented with irradiating vine cultivation material with ultraviolet light as early as 1912 in order to deliberately bring about changes in the cell material. 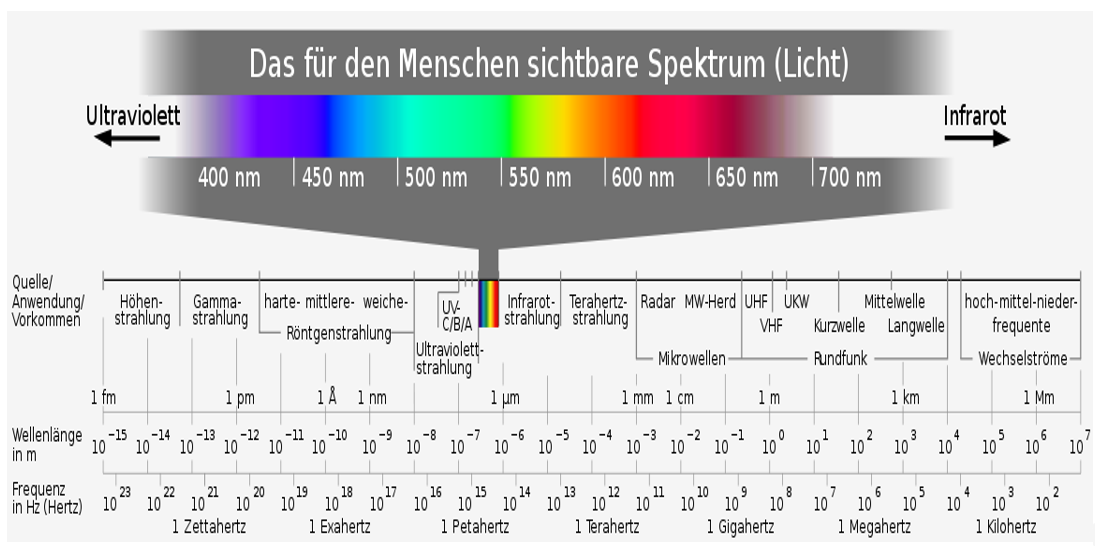