The red grape variety comes from France. Synonyms are A Tre Colori, Ballon de Suisse, Bicolor, Bizzarria, Moon Wine, Morillon Panaché, Raisin Panaché, Swiss Grape, Tressot Bigarré (bigarre = multicoloured patterned), Tressot Lune and Two-coloured Morillon. It is a colour mutation of the French variety Tressot Noir. The special feature is that the grapes can have white, blue or blue-white sectored berries in striped form. The second part of the name is derived from this (panaché = mixed). The leaves can also be striped in autumn. The variety became known as a curiosity as early as the 16th century. Today it is almost extinct; in 2010 no stock was reported (Kym Anderson). 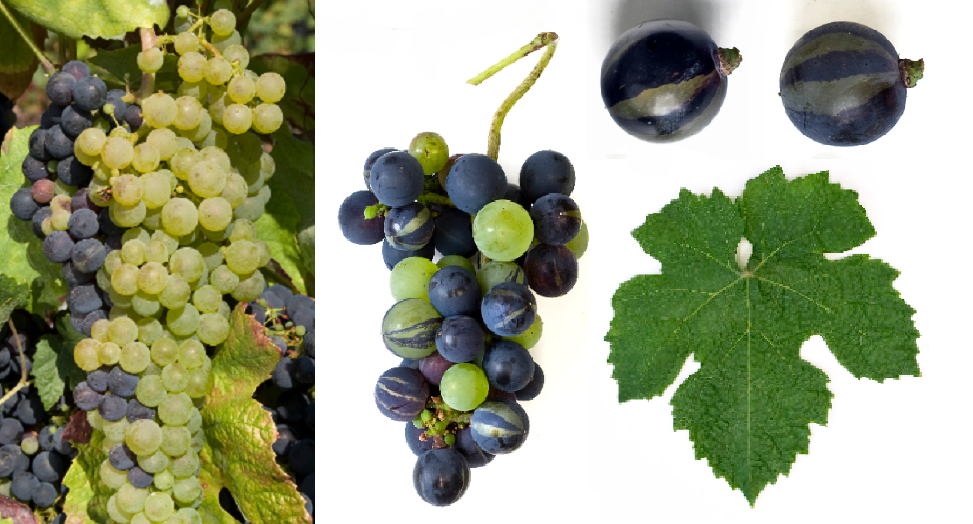