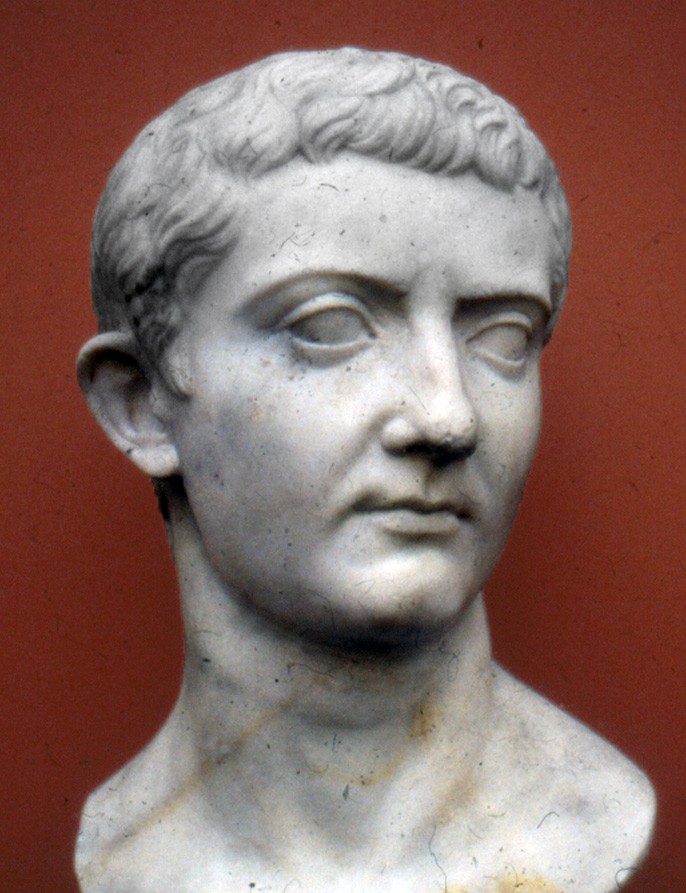 The Roman emperor Tiberius Iulius Caesar Augustus (42 BC - 47 AD) ruled from 14 to 37 AD. He was the second Roman emperor after Augustus. His military activities in Pannonia, Illyricum, Raetia and Germania, which were largely achieved before he came to power, established the northern border of the Roman Empire. The ancient historiographers (e.g. Sueton and Tacitus) portrayed the emperor in the last years of his life as an unsightly pleasure-giver who indulged in Capri paedophile and sadistic tendencies. However, the truth content is controversial.

His alleged drunkenness was mentioned or made a subject of discussion by Pliny the Elder (23-79), Seneca (1-65) and Sueton (70-122). The latter wrote that Tiberius had already as a young commander in the army camp indulged in drinking and therefore received the nickname "Biberius Caldius Mero" (bibere = the drinker, caldus = who is heated by wine, merum = who drinks the wine unmixed). At that time wine was usually drunk mixed with water. According to legend, wine from Amandi (subzone in the DO area Ribeira Sacra) from the Spanish Galicia was his favourite wine. He is said to have described the ancient wine Surrentinum from the Sorrento peninsula in Campania rather pejoratively as "vinegar of high quality". See also under Ancient wines, Satyricon and drinking culture.

Picture: Probably from Cnyborg, own work, in the public domain, link