The red grape variety probably comes from Trentino-Alto Adige(Italy). Synonyms are Merlina, Terodola, Teroldega, Teroldeghe, Teroldego Rotaliano, Teroldela, Teroldico, Teroldigo, Teroldigo Crni, Teroldila, Teroldola, Tiraldega, Tiraldola, Tirodola, Tiroldegho, Tiroldico and Tiroldigo. It must not be confused with the varieties Negrara Trentina or Negrara Veronese (both also known by the synonym Terodola), despite the fact that synonyms or morphological similarities seem to indicate this. According to DNA analyses carried out in 2006, the parentage is unknown, but surprisingly it shares unknown parents with the French variety Dureza, which comes from the Rhône. Teroldego and Dureza are therefore "siblings" and possibly grandchildren of Pinot. From presumably natural crosses of Teroldego with an unknown, presumably extinct partner, the varieties Lagrein and Marzemino have been created. Teroldego is considered the leading variety in the European gene pool, from which many other varieties are descended. It was a cross-breeding partner of the new breeds Gosen, Iasma ECO, Rebo and Sennen. 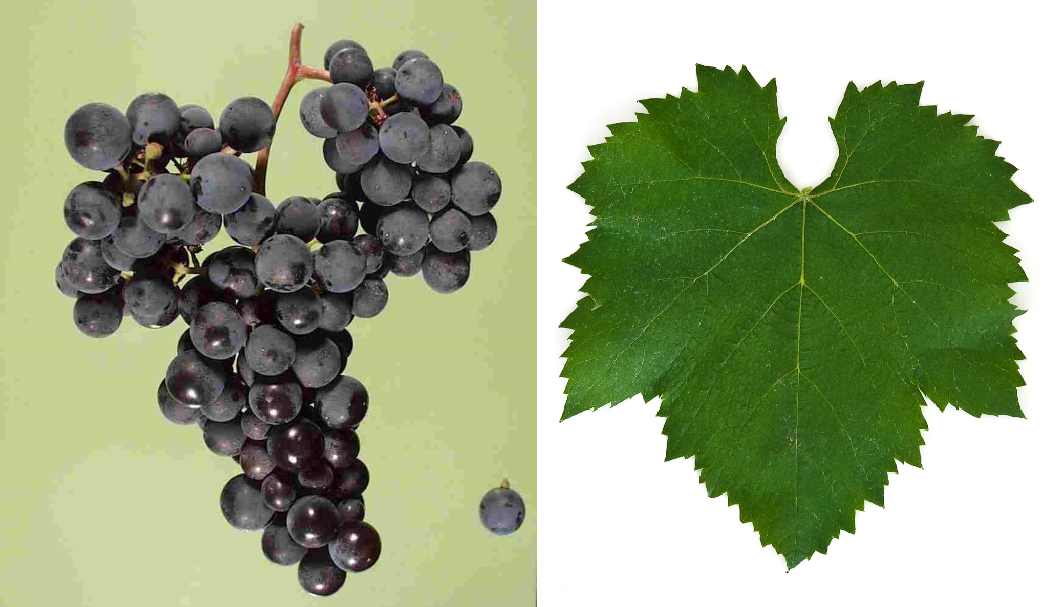 There are several interpretations for the name. It is probably named after the Teroldeghe district of the municipality of Mezzolombardo (Trento). According to a second variant, it is derived from the German name "Tiroler Gold" and according to a third variant from the tar note. The very old variety comes from the Rotaliano plain, after which (and after the variety) today the DOC area Teroldego Rotaliano is named. It was already mentioned in a purchase contract in Trentino in 1480 and subsequently in other documents, such as those of the Council of Trent (1545-1563). The wines were very popular at the Viennese court during the Habsburg monarchy.

The medium-late ripening vine is susceptible to downy and powdery mildew. It produces deep, fruity red wines with soft tannins and aromas of black cherries. The variety is cultivated mainly in the Trentino-Alto Adige region, but also in Veneto and under the name Merlina in Lombardy. The total area under cultivation in Italy is 839 hectares, with an upward trend (ten years ago it was 682 hectares). There are also other stocks overseas in California (33 hectares), Brazil (10 hectares) and allegedly also in New Zealand. In 2010, a total of 839 hectares of vineyards were designated (Kym Anderson).