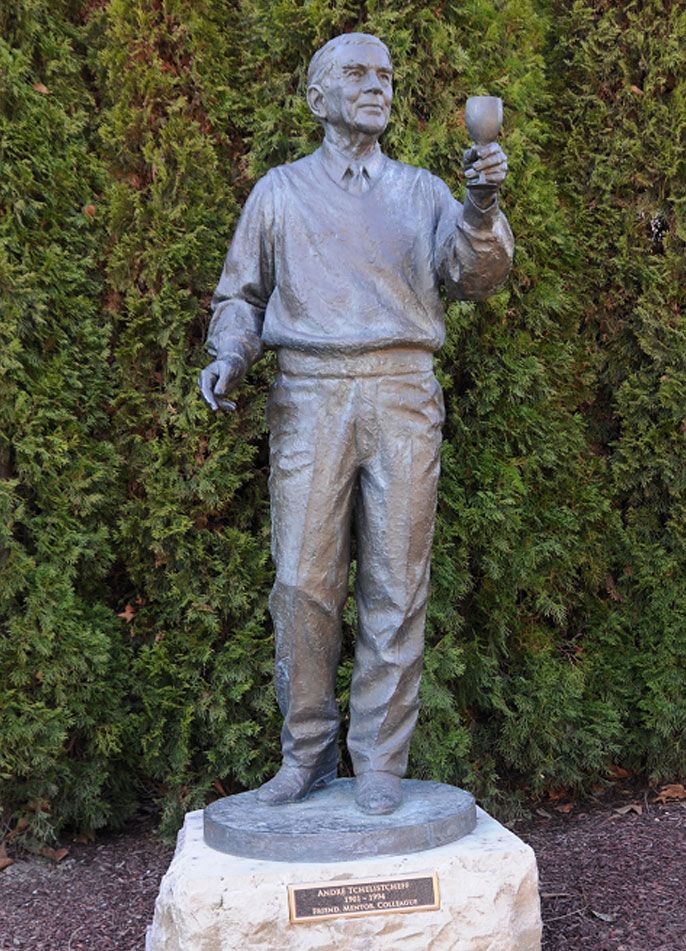 The oenologist André Tchelistcheff (1901-1994), already legendary during his lifetime, was born in Moscow. He was only able to successfully complete his studies of agriculture in Brno (Czechoslovakia) after a long war-related injury or illness. In 1937 he began to study viticulture and oenology in Paris and worked on a winery near Versailles. In addition, he was an assistant to the director of the viticulture department at the Institut National d'Agronomie. Tchelistcheff perfected his knowledge in lectures on microbiology at the Institut Pasteur. For some time he also worked for the champagne house Moët et Chandon.

Tchelistcheff met the Frenchman Georges de Latour, who ran the Beaulieu Vineyard in Napa-Valley, California. In 1937 he was hired as cellar master, a position he held for 35 years. For some time Miljenko "Mike" Grgich (born 1923) and Joe Heitz (1919-2000) were also active in the winery as his assistants. Tchelistcheff did pioneer work in the modern wine-making industry in California. He introduced a number of new winemaking techniques such as malolactic fermentation, temperature-controlled fermentation and other cellar-technical measures. He was concerned with the prevention of frost damage (by wind machines) and thus had an enormous influence on the rapid rise of Californian viticulture.