Born in Los Angeles (California), James Cameron Suckling (*1958) is considered one of the world's most influential cigar and wine critics. He studied political science and journalism at Utah State University. After graduating, he studied journalism at the University of Wisconsin. Through his father's influence, his interest in the world of wine began. Already in 1983 Suckling had started to organize blind tastings of Bordeaux wines together with Alexis Lichine (1913-1989). In 1987 he moved to London for eleven years and then went to Italy in Tuscany. He began writing articles for the magazine Wine Spectator and became editor-in-chief and head of the European office in Paris in 1985. At that time the focus was on wines from Bordeaux (France) and Italy, as well as port wine (Portugal). 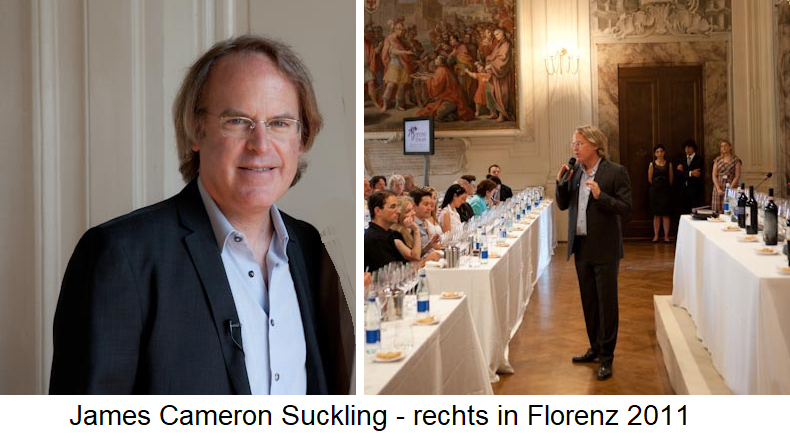 During his time at Wine Spectator, he tasted an average of 4,000 wines a year, about half of which were Italian products. According to his own statement, he attached less importance to the smell in his evaluation than to the taste, i.e. the concentration of the fruit, tannins, alcohol and acidity. He describes the most revealing element as the finish (aftertaste, persistence). To the question "What makes a good wine?" he answered: "Wine is like music - a wine evaluation should therefore be emotional and not scientific" In 1992 Suckling became the European editor of the magazine "Cigar Aficionado". In July 2010 he surprisingly announced his retirement from both magazines.