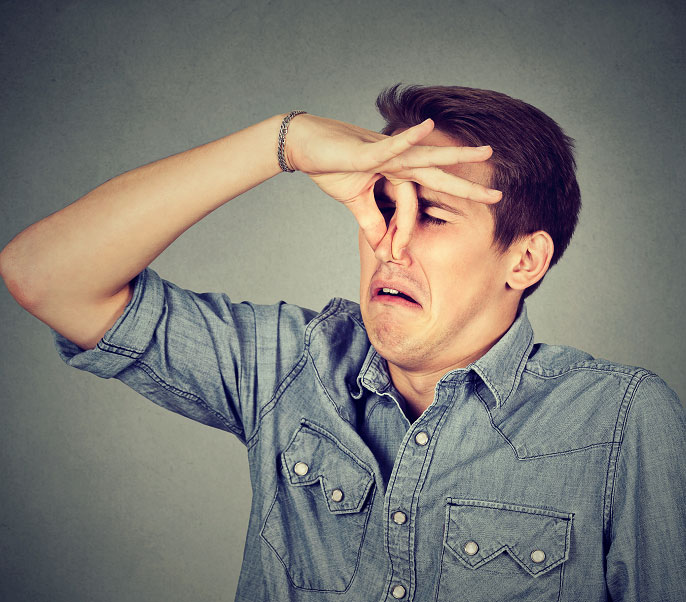 In the German-speaking world, a colloquial term (also called Stinkerchen) is used to describe the smell and taste of a wine in the context of a wine-tasting, which is also described as animalistic or earthy. The minimizing form "Stinkerl" ("small, slight stinker") is to be understood rather positively. However, what exactly is meant by this is interpreted differently or there are no objective criteria (e.g. certain aromas) that allow a clear identification. It is an impression that is foreign to wine and results from chemical compounds. The cause can be the type of alcohol Geosmin, among others.

In the past, this was usually understood to mean the typical regional (therefore also soil) or varietal character of mainly French red wines, which had a slightly pronounced horse-sweat (Brettanomyces), which is even appreciated to a certain extent by wine lovers. Therefore, one spoke of a "Burgundy Stinkerl" (from Pinot Noir) or "Bordeaux Stinkerl" (mainly from Cabernet Sauvignon) which can be positively understood sensorially. The famous taster Michael Broadbent (1927-2020) described this tone in Burgundy wines as "fishy in a Chambertin sense" (Engl. "fishy taste à la Chambertin"). In some cases, this is also used to describe a weakly pronounced "Böckser" (Schwefelböckser). Irrespective of the extent, however, it is mostly a matter of wine defects caused by lack of hygiene or fermentation errors.