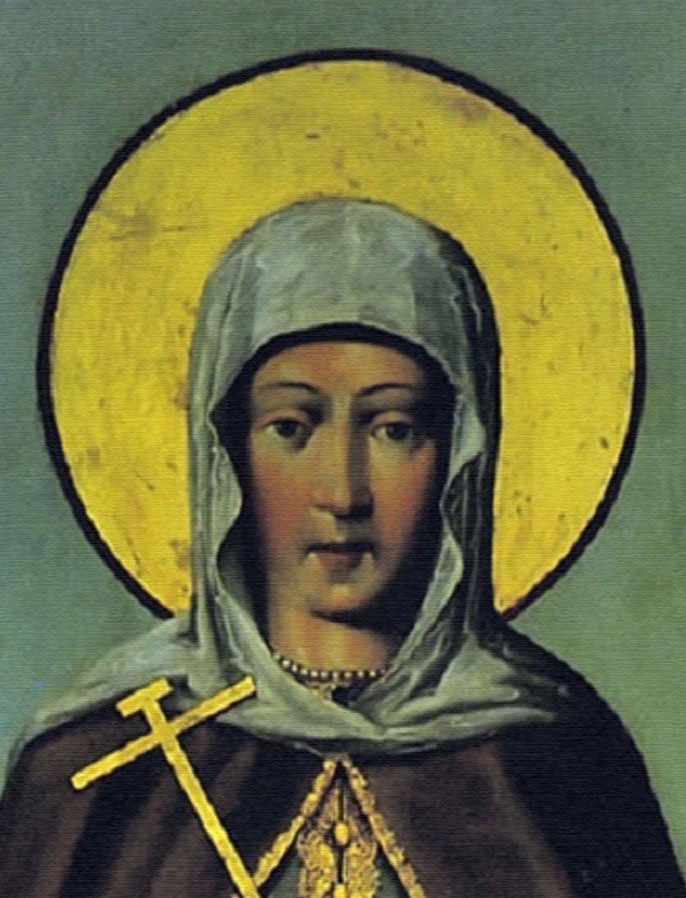 The canonized Sophia (Sophie) was born in Rome (hence Sophie of Rome) and died around the year 304 as a Catholic martyr. Her name means "wisdom". She must not be confused with Hagia Sophia (after whom most of the Sophia churches were named) or the martyr Sophie of Milan, who was venerated in the Eastern Church.

Sophie of Rome suffered as a young woman probably in the persecution of Christians under Emperor Diocletian (~240-316) the torture death. Around 845, Pope Sergius II had some of the relics buried under the high altar of the church of San Martino ai Monti, while Bishop Remigius of Strasbourg brought other relics to the monastery of Eschau in Alsace. Sophie is the last in the series of the five icy saints; her day of remembrance is 15 May. She is the patron saint against late frosts and for the growth of crops. Some calendar rules: