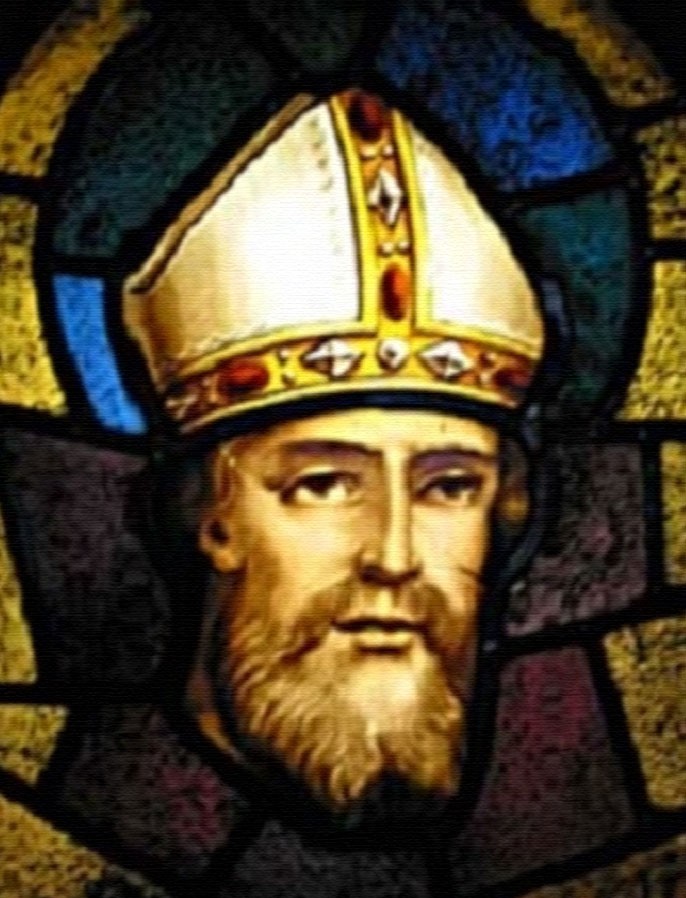 Servatius von Tongern was born in Armenia as the son of Jewish parents and died a martyr's death on 13 May 384 in Maastricht in the Netherlands. Around 340 he became Bishop of Tongern and was mentioned as a participant of several councils where he was the main opponent of the teaching of Arianism. Numerous healings and miracles are reported of him. When he preached, the Holy Spirit filled him and everyone understood him in their mother tongue. He prophesied the vandalism in 406 and legends tell that he was killed with a wooden shoe. His grave in Maastricht was one of the most important pilgrimage sites of the Middle Ages.

Servatius is one of the five icy saints, his day of remembrance is 13 May. He is, among other things, the patron saint of locksmiths and carpenters; as well as helpers against fear of death, frost damage, lame animals, rheumatism, plagues of mice and rats. Two calendar sayings are: 1) Pankrazi, Servazi, Bonifazi, are three frosty Bazi, and in the end, never missing, the cold Sophie. 2) After Servaz, there is no place for frost. For the Thm,enkomplex, see also under the keywords: folk rules, viticultural customs and wine saints.