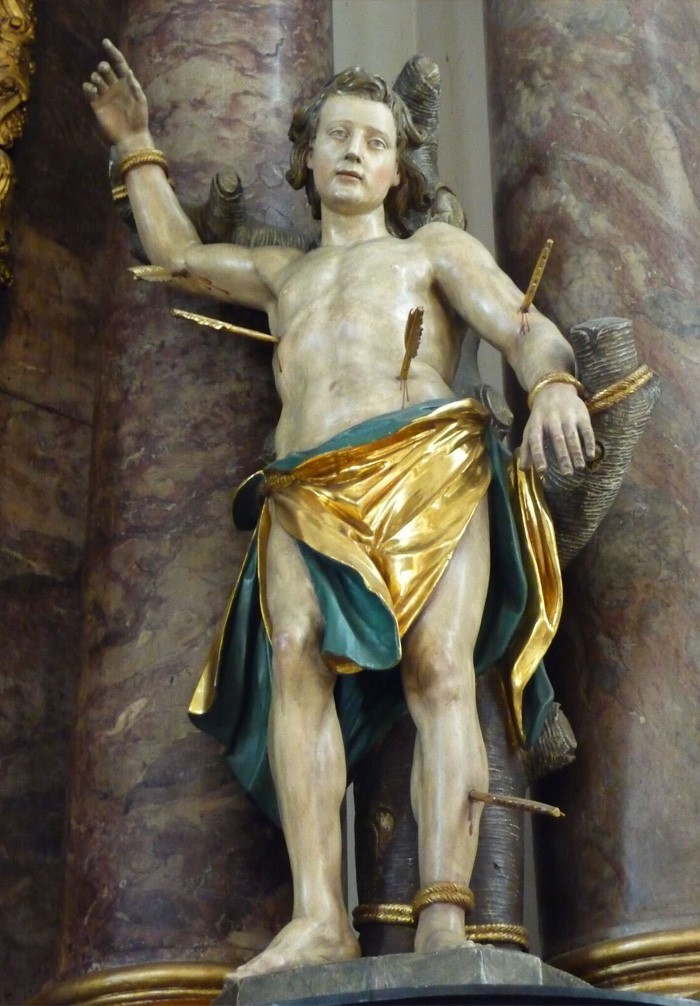 Sebastian (the name means "The Venerable") was born in Milan or Narbonne and died a martyr in Rome in 288. He was a captain of the Praetorian Guard at the imperial court of Emperor Diocletian (240-316), where he continued to profess his Christian faith despite the ban. Due to his position he was able to support his Christian fellow believers in the prisons of Rome and to convert more and more Romans. According to legend, when Diocletian learned of Sebastian's faith, he had him tied to a tree and shot at by Numidian archers. He was not killed by the arrows, however. A widow named Irene took care of him and nursed his wounds.

When he had recovered, he publicly confronted the astonished emperor to reproach him for the cruel senselessness of his persecutions. Diocletian thereupon had him whipped to death in the Circus of Rome and the body thrown into the "cloaca maxima", the great cesspool. The Saint's day of remembrance is the 20th of January. Sebastian is, among other things, the patron saint against the plague and in former times "St. Sebastian's arrows" were worn as protection against this plague. Since the Middle Ages it has been customary to drink the first new wine on this day, this wine is also called "St. Sebastian's Arrow" because at that time people also tried to fight the plague with wine (alcohol). See also under wine saints and wine gods.