Popular name for the Austrian wine-growing region Neusiedlersee; see there.

One of the five specific wine growing areas in the Austrian province or generic wine growing area Burgenland. In 2016 a restructuring took place with partial changes in the designations and area boundaries. Although the name remained the same, there were changes in the boundaries. Some areas of the Neusiedlersee wine-growing region were assigned to the Leithaberg wine-growing region (formerly Neusiedlersee-Hügelland). These were the communities Jois and Winden, as well as some of the vineyards of the community Neusiedl am See. The area is named after the 320 km² large and 36 km long steppe lake. In the vernacular it is mostly called "Seewinkel" because it nestles at an angle to the lake. From the north of the federal state it stretches along the northern and the entire eastern shore of the lake to the border with Hungary. 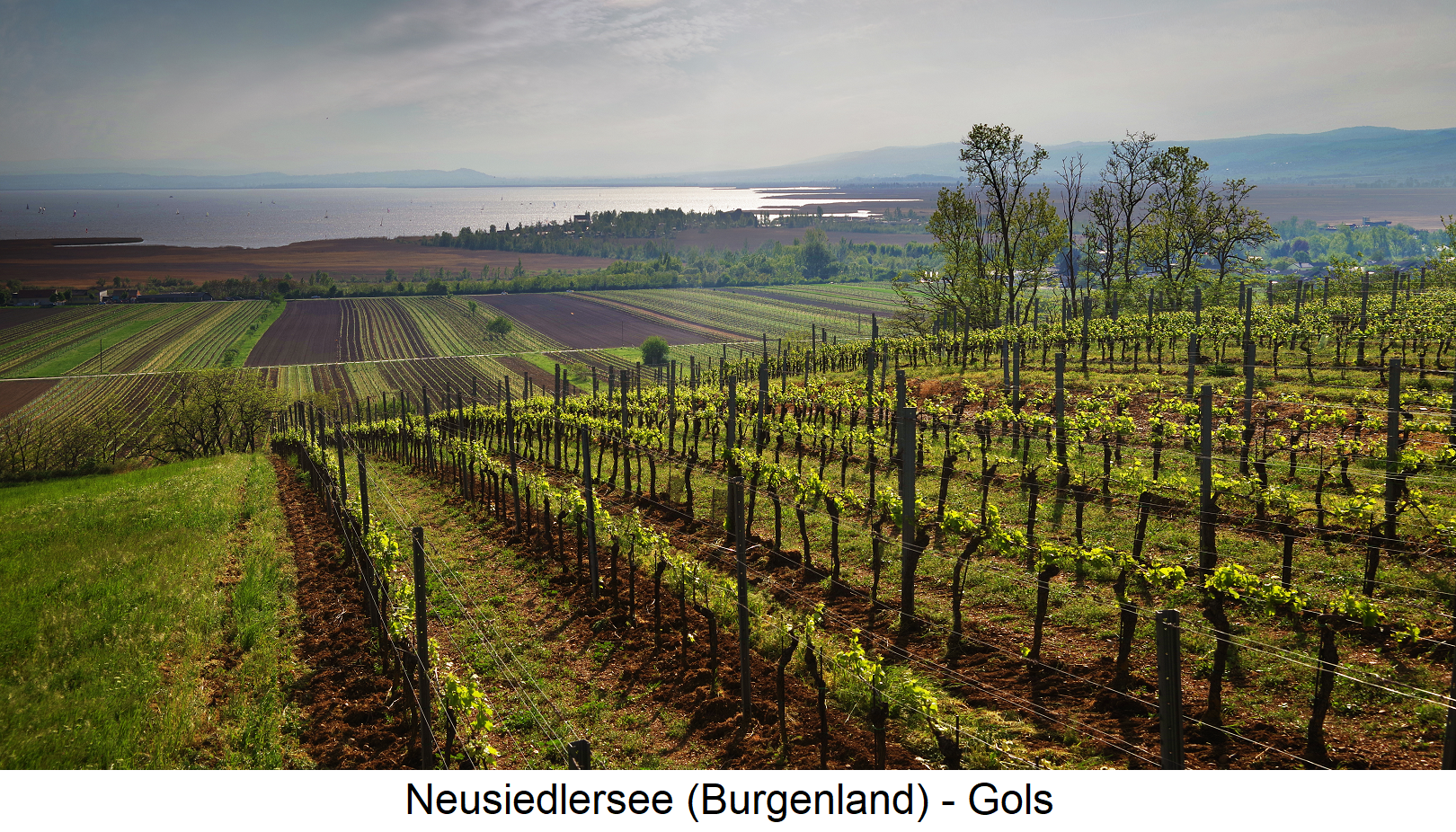 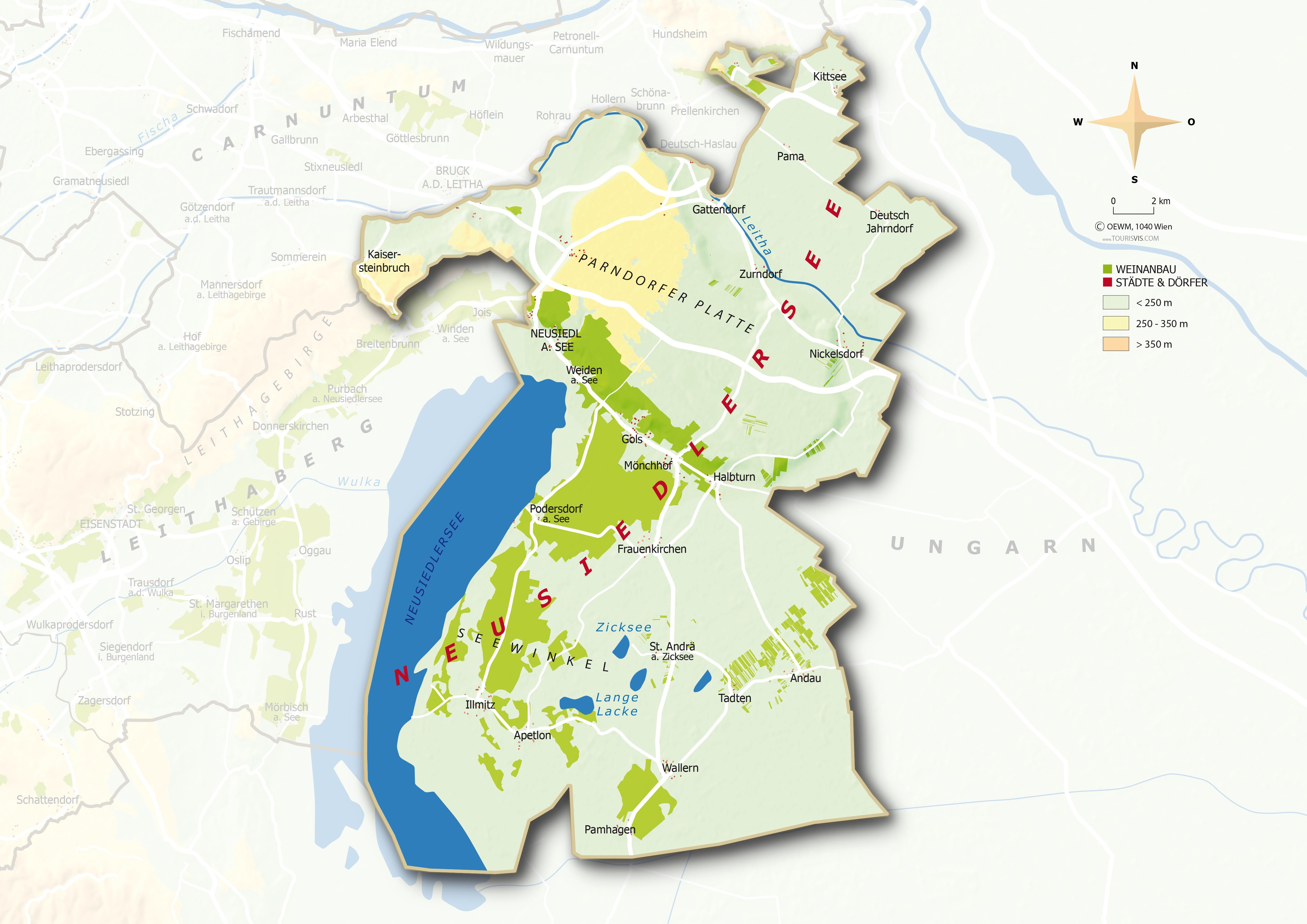 Like all waters, Lake Neusiedl has a positive regulating effect on viticulture. The climate is characterised by Pannonian and continental influences. The large Neusiedlersee has a climate-regulating effect and in autumn, in conjunction with the lake mists that occur, it acts as a heat reservoir. This also contributes to the formation of botrytis (noble rot) and thus to the production of noble sweet wines, which have a very long tradition in this area. The vegetation cycle is longer than average with up to 250 days per year. The soil types predominate loess, black earth, gravel and sand.

In 2017 the vineyards covered a total of 6,675 hectares of vines. Compared to 2009 with 7,159 hectares, this was a reduction of 7%. The share of red wine varieties amounts to 48.4% and that of white wine varieties to 51.6%. The dominant variety with about a quarter of the total area is the red wine variety Zweigelt, followed by Welschriesling, Grüner Veltliner and Blaufränkisch with about one tenth each: