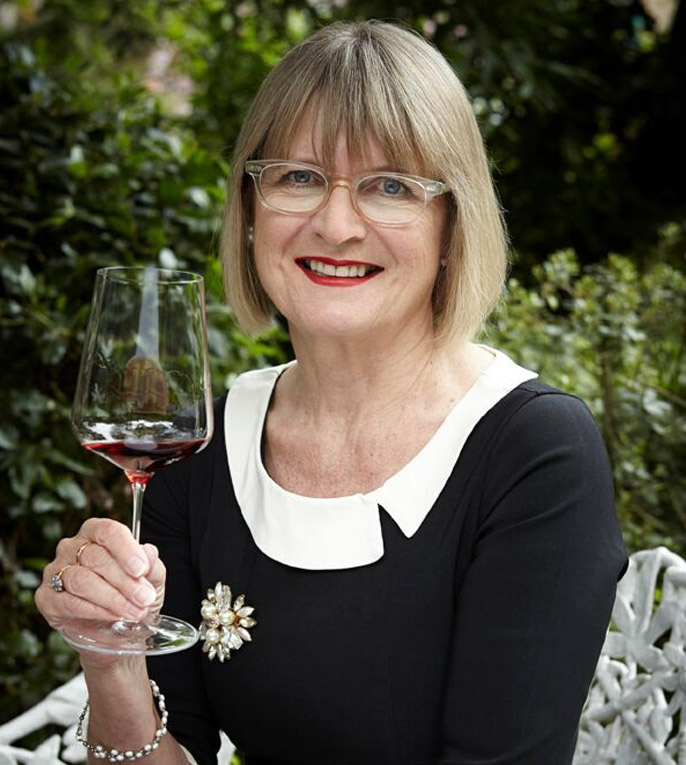 The English journalist Jancis Robinson (*1950) has a degree in mathematics and philosophy from Oxford. She began her professional wine career in 1975 as an employee of the wine magazine "Wine and Spirits". In 1984 she was the first female journalist to pass the Master of Wine exam.

At Vinitaly in 1996, she won the "Veronafiere" trophy for her "special skills in popularising wine culture and viticulture". In 1989 she founded a TV production company with her husband, which produced, among other things, the ten-part "Jancis Robinson's Wine Course". In 1999 she was awarded the Steinfeder Prize for Wine Journalism. Jancis Robinson also writes regularly for the "Financial Times" and the wine magazine Wine Spectator. With the current 2002 issue, Hugh Johnson entrusted her with the editorial responsibility for the "Great Wine Atlas". In October 2003 Queen Elizabeth II honoured Jancis Robinson with the title "Officer of the Order of the British Empire". Jancis Robinson lives in London with her husband and three children. Her many books have often been used as sources in the figurative wine lexicon.