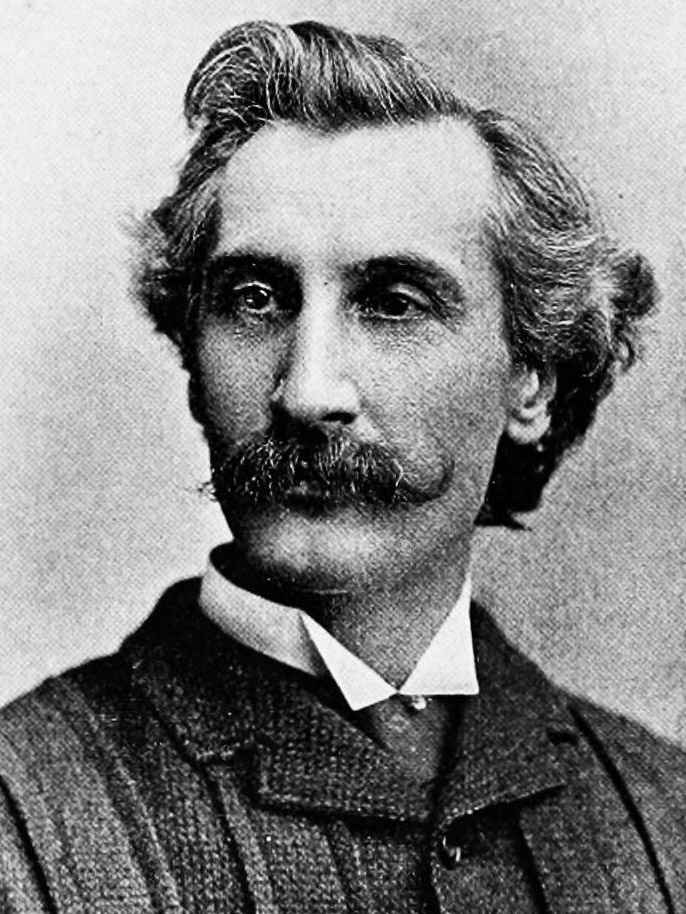 The American scientist and entomologist Charles Valentine Riley (1843-1895) is considered the "father of biological pest control". In 1863, he began to publish entomological records of American insects, and made numerous drawings of them. In 1868 he founded the journal "The American Entomologist". He made a special contribution to the control of migratory locusts, which caused great damage in many western US states between 1873 and 1877.

The French botanist Jules Émile Planchon (1823-1888) met Riley, who was an entomologist for the state of Missouri at the time, during his study trip to the USA in 1873 to study how to solve the phylloxera problem. Riley advised Planchon on the use of American rootstocks and was one of the first to propose them for grafting. Riley also proved beyond doubt that the insect, which was still unknown in Europe, was identical to American phylloxera - it had to come from there. Together with Georg Engelmann, Alexis Millardet, Jules Émile Planchon and Pierre Viala, he is considered the saviour of European viticulture from phylloxera.

On behalf of the French experts, Riley established contact with American vine nurseries in Missouri, which subsequently delivered millions of rootstocks, mainly to France but also to other countries. Among them were creations of the breeder Hermann Jaeger (1844-1895), who had immigrated from Switzerland. Although this was not yet the final solution, as many of them, such as the species Vitis labrusca, did not tolerate European soils, it was an important first step towards solving the problem. In 1878 he became an entomologist at the US Department of Agriculture. Among his groundbreaking achievements were the studies on the periodic cicada species "Magicicada" with its 13 or 17 year life cycles. Riley published the results of his research in 1892 and was able to explain many of the questions of the time through Darwin's theory of evolution. His insect collection is now owned by the Smithsonian Institution and consists of 115,000 prepared animals of 20,000 species, 2,800 bottles and 3,000 drawers with specimens. He died relatively young in a tragic bicycle accident. Another US entomologist associated with phylloxera was Asa Fitch (1809-1879).