Single vineyard site in the municipality of Ruppertsberg (area Mittelhaardt-Deutsche Weinstrasse) in the German wine-growing region of the Palatinate. It was documented in 1673 as "Reuderpfad". The name is not derived from Reiter, but from the Latin "Rutarius" as a member of a gang and probably refers to a Roman army trail. The flat vineyards, facing south to east at an altitude of 130 metres above sea level and with a gradient of 5 to 15%, cover 77 hectares of vineyards on loamy sand and sandy loam with red sandstone and limestone scree. They have good water retention capacity. The historical location was much smaller and includes the areas directly west of the wine road leading to Neustadt. The best plots cover five hectares and are enclosed by walls. Above all, the varieties Riesling,Pinot Noir and Gewürztraminer are cultivated here. The Acham-Magin, Bassermann-Jordan, Bergdolt St. Lamprecht, Christmann Arnold, Hanewald-Schwerdt, Kimich, Reichsrat von Buhl, Reinhardt Stefan, Sandwiese, Siben, Spindler Heinrich and Weingut von Winning, for example, have shares in the vineyard. 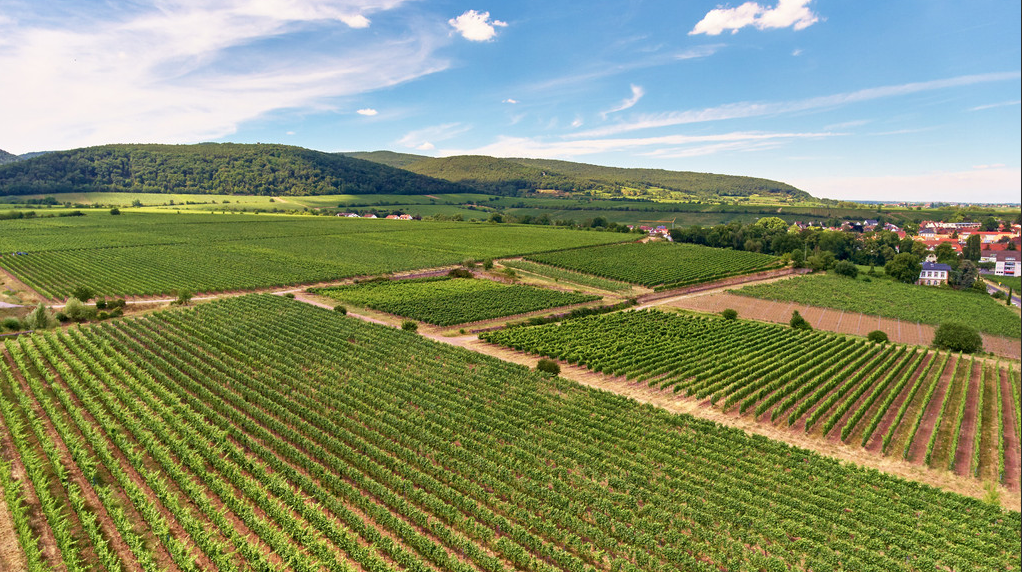