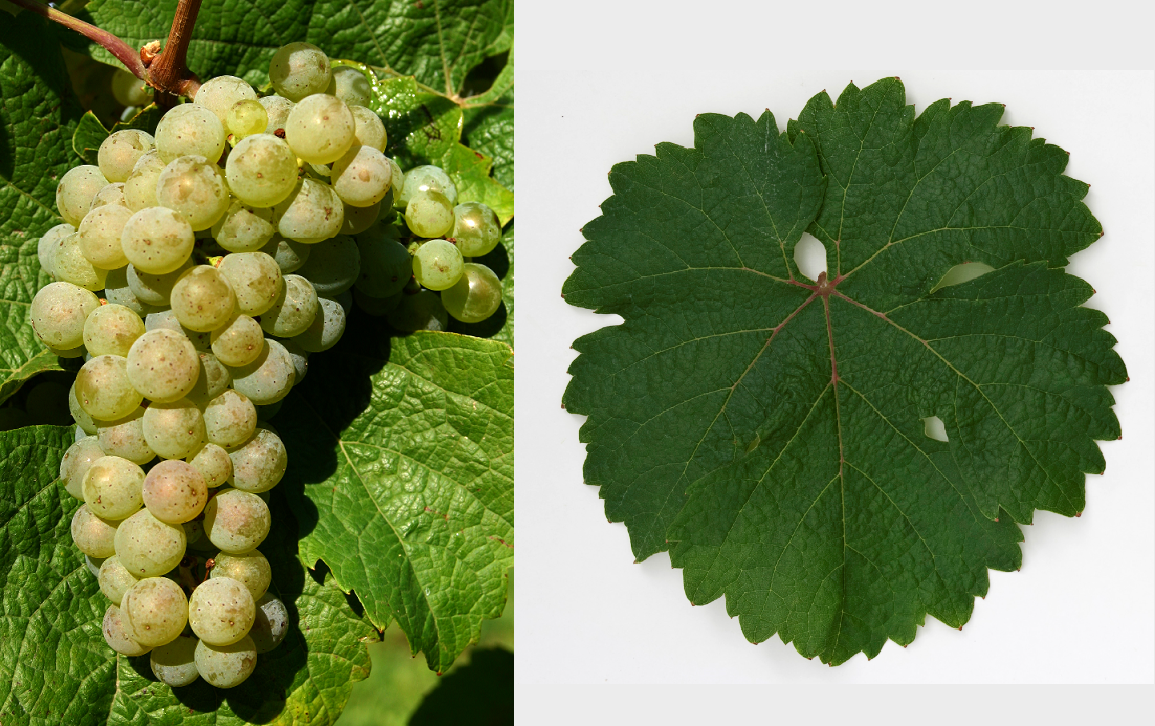 According to DNA analyses carried out by the Austrian biologist Dr. Ferdinand Regner in 1998, Riesling is the result of a presumably natural cross between (Vitis vinifera sylvestris x Traminer) and white hay(Gouais Blanc). From the wild vine came the small berries and the frost-hardness, from the Traminer the spicy notes and the Heunisch brought late maturity, robustness and acidity potential. It should be noted that although Gouais Blanc, the involvement of wild vine and Traminer is not guaranteed. According to DNA analyses, the rare variety Red Riesling is not a precursor, but a mutation of White Riesling and the variety Blue Riesling is descended from Traminer. Due to morphological similarities, White Riesling must not be confused with the Crouchen, Menu Pineau, Pedro Ximénez, Räuschling or Sauvignonasse varieties. There is no genetic relation to the Welschriesling (Graševina), but its origin is unknown. The prestigious name Riesling has often been used worldwide in a misleading and sometimes abusive manner: