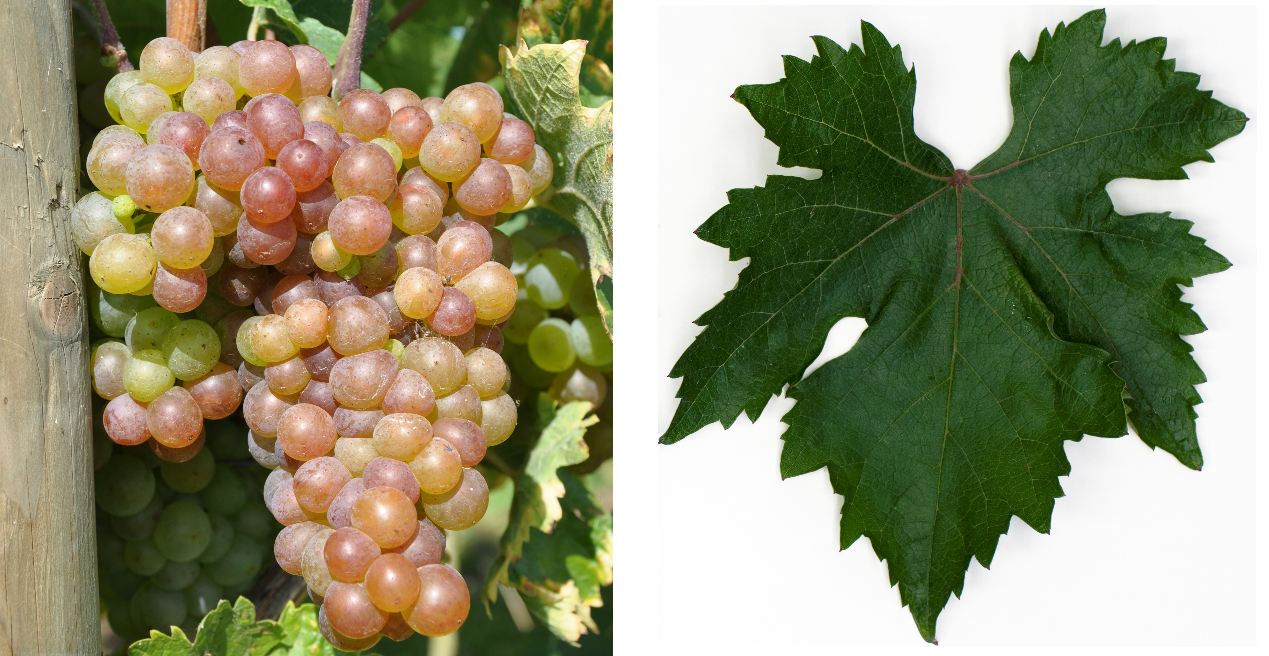 The parentage (parenthood) is unknown. In Austria, Roter Veltliner is considered the leading variety, which has passed on its genes to many other native varieties. Numerous DNA analyses carried out at the Klosterneuburger Weinbauinstitut (Lower Austria), mainly by the vine geneticist Dr. Ferdinand Regner at the KlosterneuburgerWeinbauinstitut (Lower Austria), have determined the direct descendants of six varieties resulting from presumably natural crosses as well as six colour mutations of Roter Veltliner (see also under Veltliner):

There is no direct connection to the Grüner Veltliner variety; however, Roter Veltliner could possibly be a grandparent of it. In some sources it is mentioned as a parent of the varieties Devín and Hetera(Wine Grapes); but in the breeding list of these two the mutation Rotweißer Veltliner is mentioned(VIVC catalogue). This late-maturing, high-yielding vine is susceptible to botrytis and sensitive to frost. A special feature of this not unproblematic variety is the often occurring, different berry ripening on one grape. When fully ripe, however, it produces spicy, extract-rich, acidic white wines with aromas of pepper and longer almond aging, as well as good storage potential with reduced yields.

In Austria, the variety is widespread mainly in the Wagram and Weinviertel wine-growing regions. In 2009 it covered a total of 193 hectares with a declining tendency (in 2000 it was still 258 hectares). As a speciality, it has been cultivated and specially cared for for decades by the Mantlerhof winery in Gedersdorf-Brunn near Krems (Lower Austria) through selection. There are further vineyards in Italy (South Tyrol), Slovakia (360 ha), Switzerland, Czech Republic and Hungary (23 ha). In 2011, the variety was accepted as a "passenger" of the "Ark of Taste". It is thus one of the food products awarded by the Slow Food Foundation to be protected and preserved from the threat of industrial agriculture and the food industry.

Informations about "Roter Veltliner" in wein.plus Magazine DE
This page was last modified at 16 July, 2020 at 18:53.