Name for extremely dried grapes, derived from the Old French term "Roisin" (raisin). They are divided into raisins (large berries with seeds and thick skin), currants (small, dark, seedless berries) and sultanas (light, seedless berries). The designations also derive from the grape varieties often used in this process, namely Corinthiaki, Muscat d'Alexandrie (Cibebe) and Sultana. Raisins are one of the oldest preserved foods known to man. Especially during military campaigns raisins were used by many Arab and Asian peoples as a nutritious and long-lasting food for the soldiers. The commander Hannibal (247-183 B.C.) from Carthage is said to have mainly used raisins to feed his troops during his march on Rome over the Alps. Writings found in Egypt prove that raisins were produced as early as 3,000 B.C. at least, and they are also often mentioned in the Bible. The Greek philosopher Aristotle (384-322 BC) reports that black currants were seedless

After harvesting, the grapes are placed outdoors on wooden racks or cement or clay slabs. After about two weeks they are turned over. Sometimes they are also dipped in suitable solutions (vegetable oil and potash) to accelerate drying. In ancient times, a mixture of wood ash and olive oil was common for this purpose. In Australia and California, a special technique is used in which the grapes are cut through at the base, remain on the vine until they are dry and are sprayed with a drying emulsion (see picture below). High quality raisins have a maximum of 13% moisture, a uniform colour (from golden brown to purple brown) and size and must be completely free of contamination. 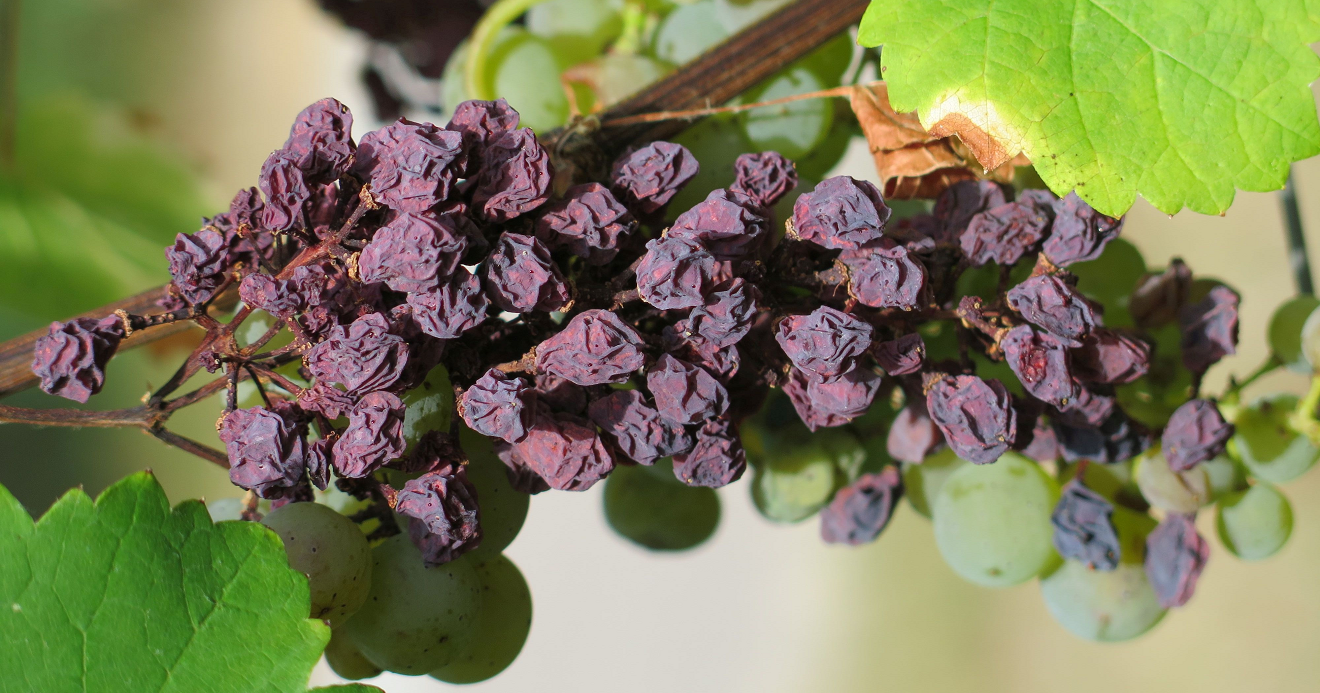 About 60% of the grapes are used for wine, the remaining 40% for table grapes (eating grapes), raisins and other products such as grape juice. The largest producers of raisins are (in that order) USA (especially California), Turkey, Greece, Australia, Iran and Afghanistan. The worldwide quantity is about one million tons annually. See also under Raisin Wine and Wine Production Volumes.

Picture left: From Håkan Stigson on Pixabay
Picture middle and right: From Emilian Robert Vicol on Pixabay
Grape: From Uschi Dugulin on Pixabay