The white grape variety may come from Moldova (ex VIVC catalogue) or Russia (ex Wine Grapes). There are more than 130 synonyms that testify to a high age. Some of them are Coarnă Alba (second main name in Romania), Fleischtraube, Kecskecsecsu Fehér, Kecskecsecsu Piros, Korna Belaja, Majorka Belaja, Quetschentraube, Weißer Geißdutte, Weißer Portugieser, Weißer Türkische Zibebe and Puchljakovski. Nothing is known about a possible genetic relationship to the variety White Honeysuckle (with some identical synonyms). The variety is named after the Russian community of the same name in the southwest on the border with Ukraine. It was a cross-breeding partner in the new varieties Misket Vrachanski, Rudava and Torysa. According to DNA analyses, it is also a parent of the Bulgarian variety Dimyat. The black berry table grape Pukhliakovsky Cherny is not a colour mutation, but an independent variety. 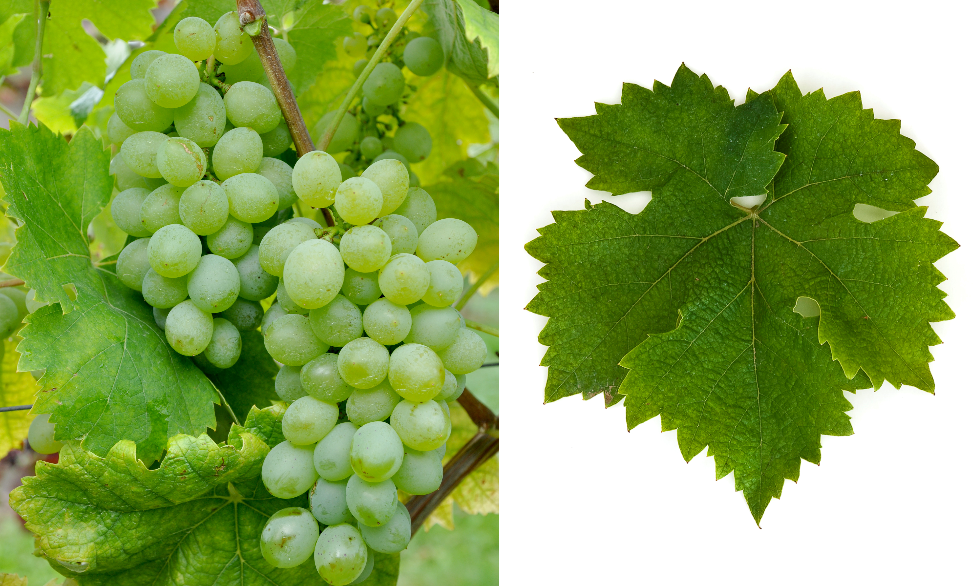 The white-berry Pukhliakovsky is an all-female variety. The late maturing, somewhat yield-insecure vine is somewhat sensitive to winter frost, but resistant to downy mildew. It is mostly used as a table grape, but also as a wine grape. The variety is grown in Russia in the Rostov region along the Don River. In Austria, too, small stocks are said to exist under the name Puchljakovski. In 2010, however, none of the two countries reported stocks (Statistics Kym Anderson).