The traditional winery is located in the municipality of Straß in the district of Spielfeld am Grassnitzberg in the Austrian wine-growing region of Southern Styria. It has been run by the family since 1912. The foundation stone for the quality business was laid by the parents of the current owners Johanna and Reinhold Polz. Their two sons Erich and Walter are considered Styrian winegrowing pioneers, as they were the first in Styria to dare to make revolutionary changes from the mid-1980s onwards by switching from mass production to dry quality wines. Brother Reinhold Polz is responsible as managing director and Christoph Polz (son of Erich Polz) as cellar master. The "Polz-Buschenschank" is managed by sister Johanna Kohlenberger and her husband Wolfgang. In the "Kellerstöckl" on the Greassnitzberg, the entire range of wines and sparkling wines can be tasted and purchased. 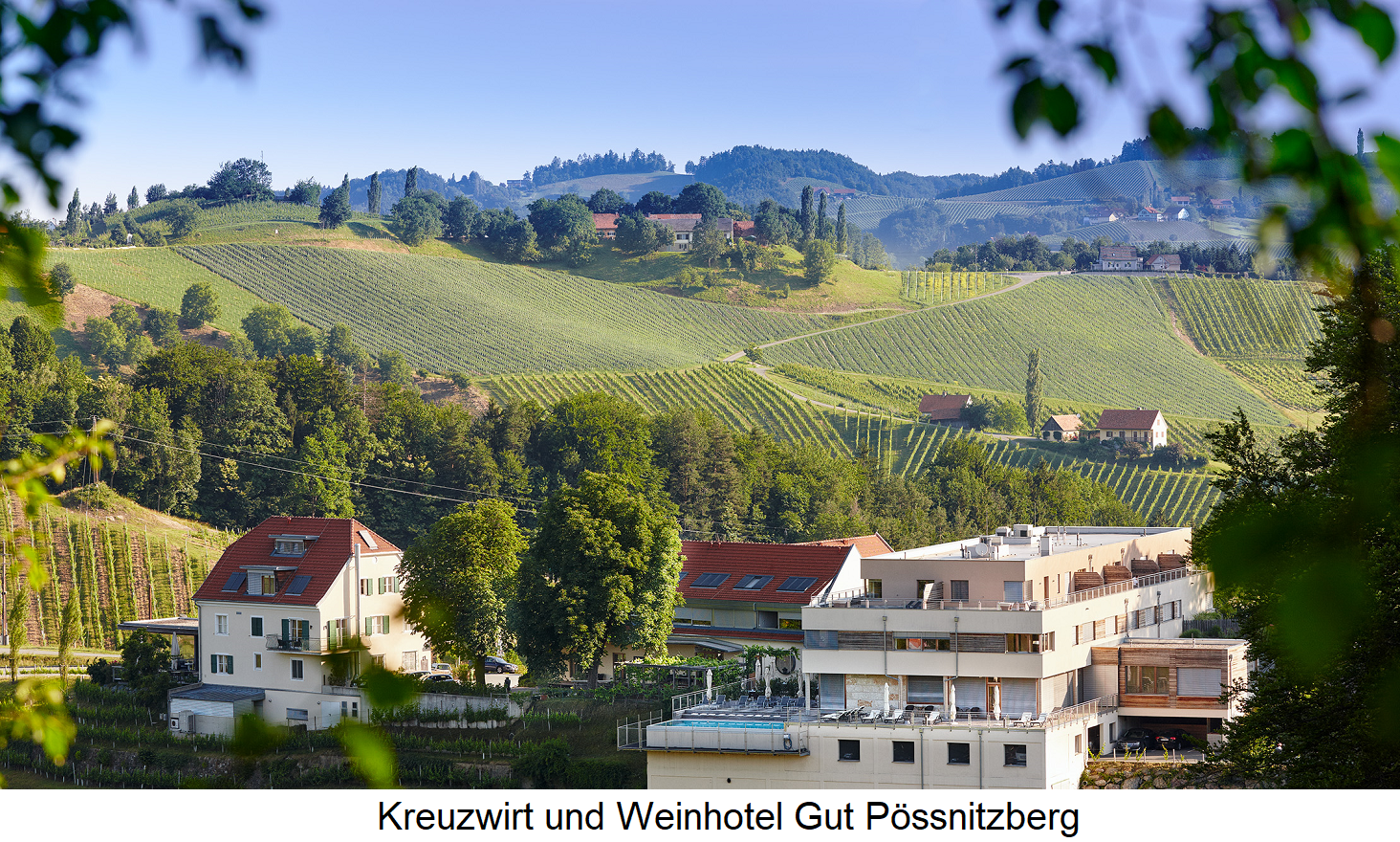 The vineyards comprise around 110 hectares of vines (own and leased) in the Czamillonberg, Grassnitzberg, Hochgrassnitzberg, Obegg, Theresienhöhe and Witscheiner Herrenberg sites. They are 93% with the white wine varieties Grauburgunder(Pinot Gris), Weißburgunder(Pinot Blanc), Sauvignon Blanc, Welschriesling, Morillon or Chardonnay, Traminer, Riesling and Gelber Muskateller, and 7% with the red wine varieties Zweigelt, BlaufränkischCabernet Sauvignon and Pinot Noir. 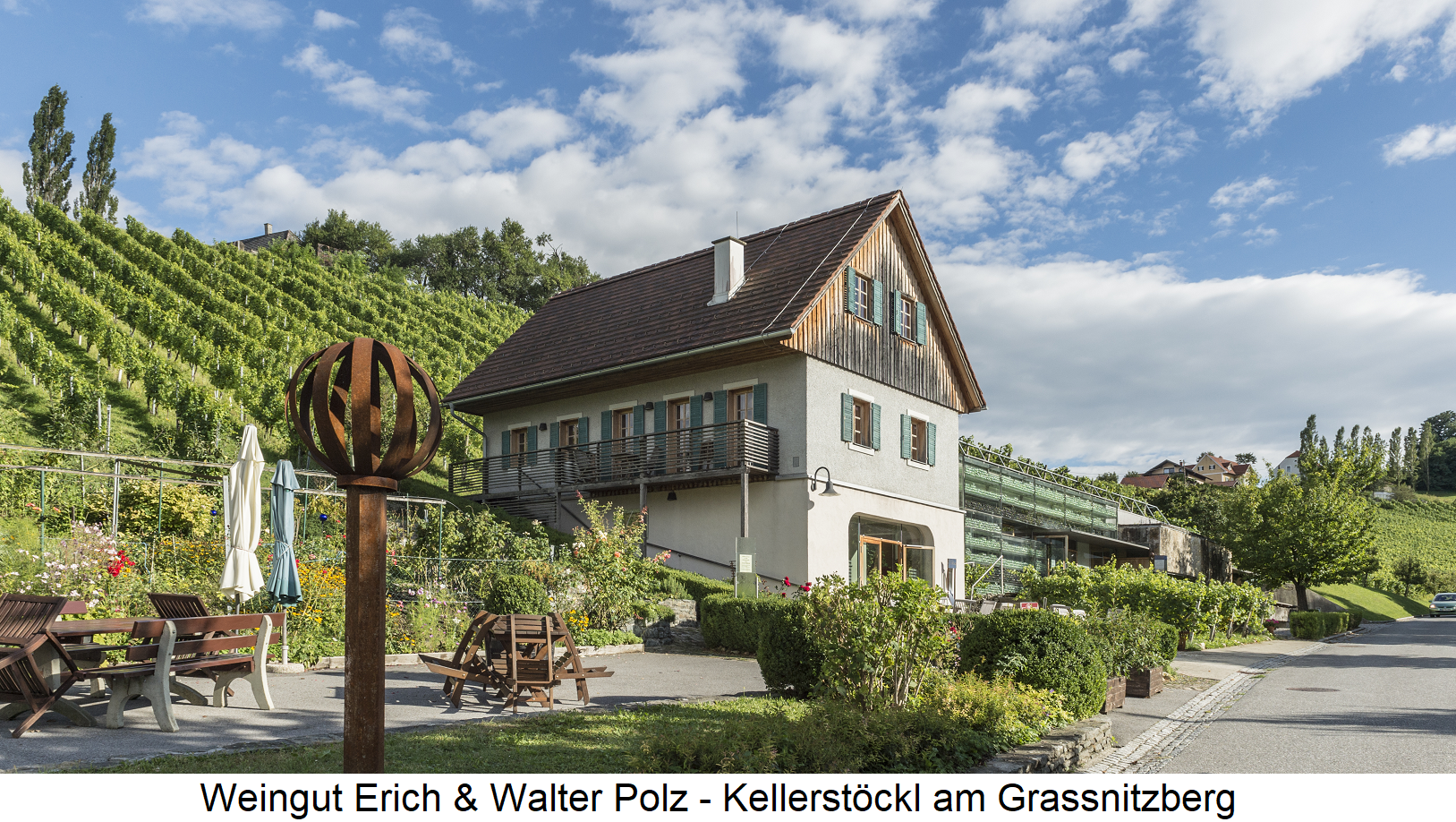 On the initiative of Erich and Walter Polz, the first Austrian Quality Wine Producers' Association (EZG) was founded in 1997. In this association 15 winegrowers cultivate about 30 hectares. The Polz Winery guarantees the purchase of the grapes, in return the winegrowers regenerate or replant the vineyards. Since the 2010 vintage, gentle pruning has been practised. The environmentally friendly cultivation is carried out without insecticides and glyphosates and by promoting bees and beneficial insects.

The grapes, which are in principle hand-picked, are gently processed in the cellar according to non-invasive principles with as few interventions as possible. Depending on the type of wine desired, the wines are aged in stainless steel tanks, in traditional large wooden barrels or in barrique barrels. They are produced according to the STK model. This system corresponds to the South Styrian DAC system of origin introduced in Styria in 2018. Specifically, there are three lines: Classic or regional wines(varietal wines), local wines(winestypical of their origin) and Riedenweine Erste STK Ried and Große STK Ried(winestypical of their terroir).

The latter are also filled in almost all large bottle formats (from magnum 1.5 l and double magnum 3l to Methuselah 6l, Nebuchadnezzar 15l and Melchior 18l). The local and Rieden wines are fermented spontaneously with yeasts from the vineyard or cellar. The "Spiegel" line includes wines for daily consumption made from Chardonnay, Sauvignon Blanc and Zweigelt. In the 2017 vintage, for example, 610,000 bottles were produced. Sweet wines(Beerenauslese, TBA), sparkling wines and noble brandies(marc, wine) are also produced. The winery is a member of the associations Styrian Terroir & Classic Wineries and Wine Styria.

In 2002, the Tscheppe vineyard on the Pössnitzberg was acquired and from the end of 2005 the operative management was also taken over. In addition, the Polz brothers are also involved in the operation of the wine and delicatessen house Vinofaktur in Ehrenhausen-Vogau, as well as a stake in Kreuzwirt am Pössnitzberg

Informations about "Weingut Erich und Walter Polz" in wein.plus Wine Guide
This page was last modified at 10 December, 2019 at 05:21.