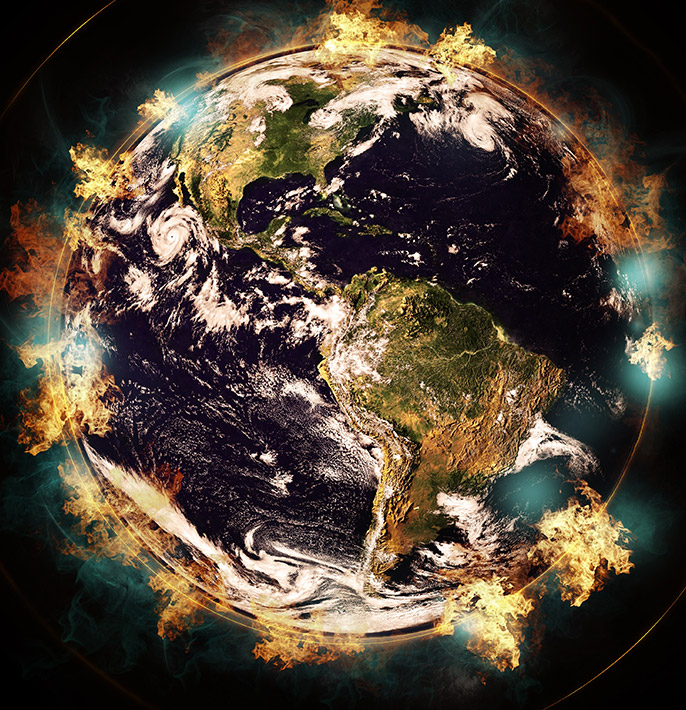 In viticulture this means the contamination of soil, water and air and thus ultimately in wine through microorganisms or environmentally harmful, toxic substances. The vine is exposed to many of these negative influences during the vegetation cycle in the vineyard. The most common pollutants in soil, air and water are residues of agrochemicals (such as pesticides, carbamates, artificial fertilizers), lead (from exhaust gases), hydrogen fluoride (from the combustion of waste or fuels containing fluorine), ozone (formed from nitrogen oxides and hydrocarbons in conjunction with UV radiation = summer smog) and sulfur compounds (acid rain).

The so-called greenhouse effect and the resulting climate change also interact with this. The extensive use of agrochemicals and other synthetic substances, as well as insufficient hygiene in the cellar, can result in serious quality losses in the wine. Also wine adulterations are to be evaluated as "pollution". In organic viticulture, attempts are made to prevent this by dispensing with or restricting the use of chemical synthetic fertilizers and pesticides.