The Champagne House (PJ for short), based in Épernay, was founded in 1811 by the cork producer Pierre-Nicolas Perrier (1786-1856) and Rose Adélaide Jouët (*1792), the daughter of a Calvados producer, who had married a year earlier. The flowers in the wedding bouquet were anemones, which are still on the labels and champagne bottles today. Adélaide was in charge of the vineyards and winemaking, while Pierre-Nicolas devoted himself to sales and marketing. The company expanded rapidly, with exports to Great Britain starting in 1815 and to the United States from 1837. 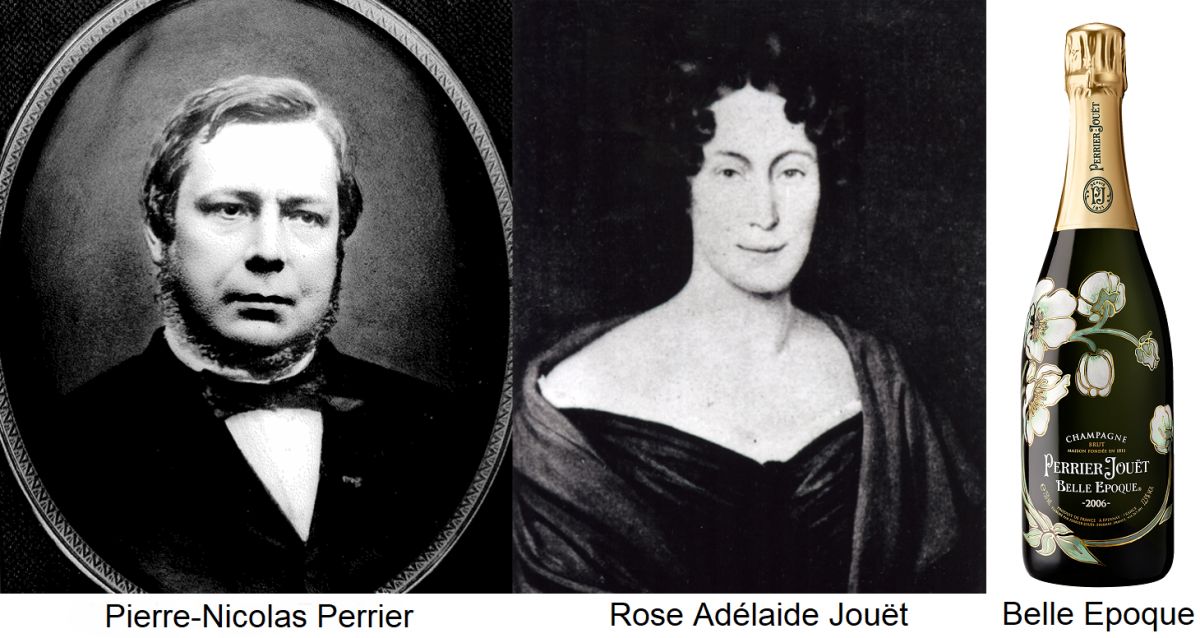 Son Charles expanded the company and in 1878 handed it over to his nephew Henri Gallice. The products were sold to many ruling houses, including Queen Victoria (1819-1901), Emperor Napoleon III. (1808-1873) and the Belgian King Leopold II. (1835-1909). In 1959 the company was sold to the champagne house Mumm by descendants of the founder. This was taken over in 2000 by the British giant Allied Domecq, which eventually sold both to the French multinational Pernod Ricard.