The British wine author and wine importer David Peppercorn M.W. (*1931) earned himself a reputation as a Bordeaux specialist from the late 1950s onwards through numerous tasting notes. The well-known US wine author Frank J. Prial described Peppercorn as "one of England's leading authorities on Bordeaux". Peppercorn is married to the wine author Serena Sutcliffe M.W., who, like him, holds the coveted title of Master of Wine. They were the first MW couple, she the only second MW wife. Peppercorn wrote the Bordeaux Wine Books, The Wines of Bordeaux, The Simon & Schuster Pocket Guide to the Wines of Bordeaux, Mouton-Rothschild 1945, The Wine To End All Wars and Great Vineyards and Winemakers. The French Ministry of Culture awarded him the order Chevalier dans l'Ordre des Arts et des Lettres. 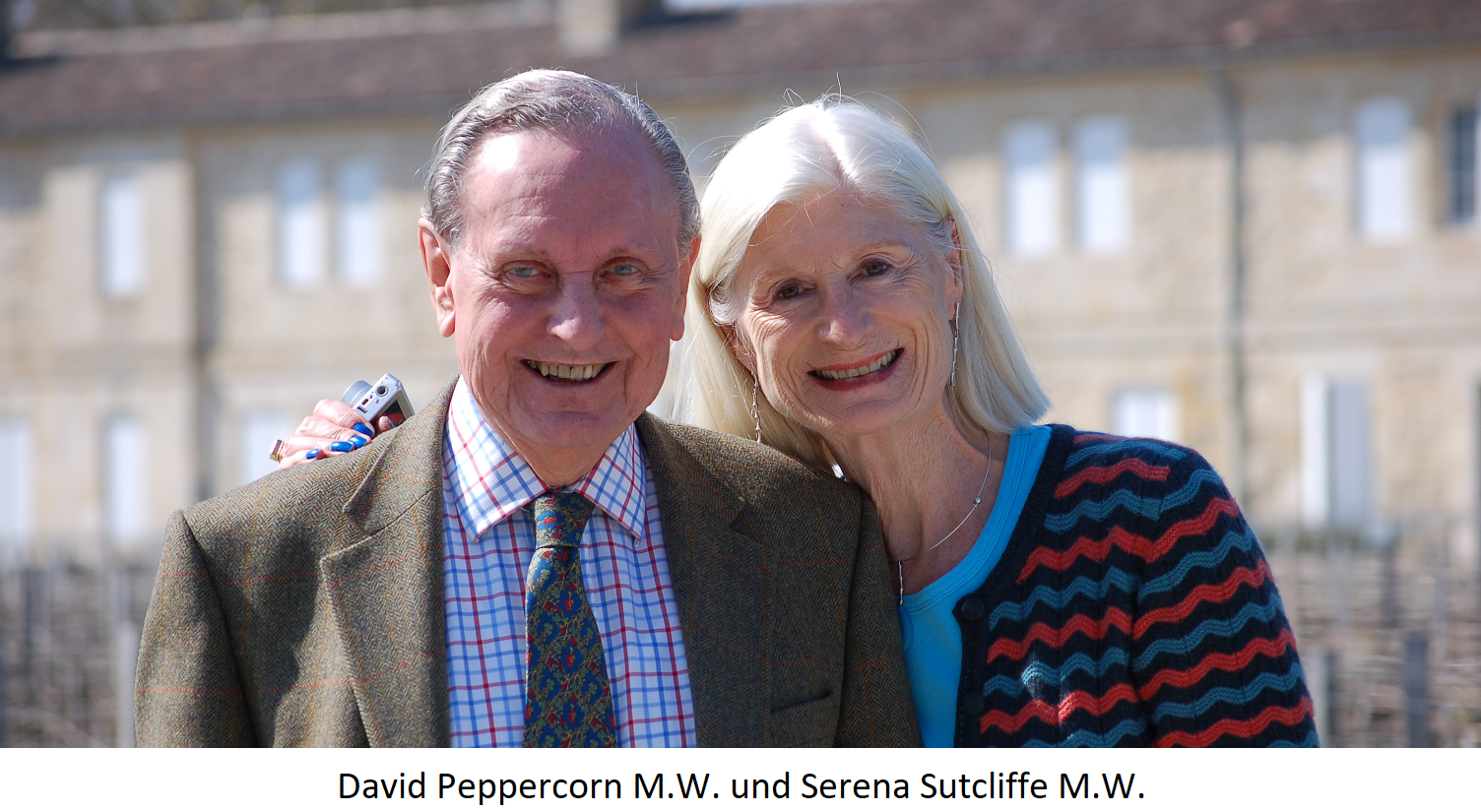 He is one of the greatest critics of the 1855 Bordeaux Classification and his writings often dealt with wineries not included in the list. Among other things he certifies the Château La Mission Haut-Brion a Premier Cru Classé. In the 1990s, the couple hit the headlines due to a controversy when they doubted the authenticity of imperial bottles of Château Pétrus vintages 1921, 1924, 1926, 1928 and 1934 from the possession of the collector Hardy Rodenstock (1941-2018). The suspicion was never proven, but it was not disproved either, because the winery has no production records of these vintages.