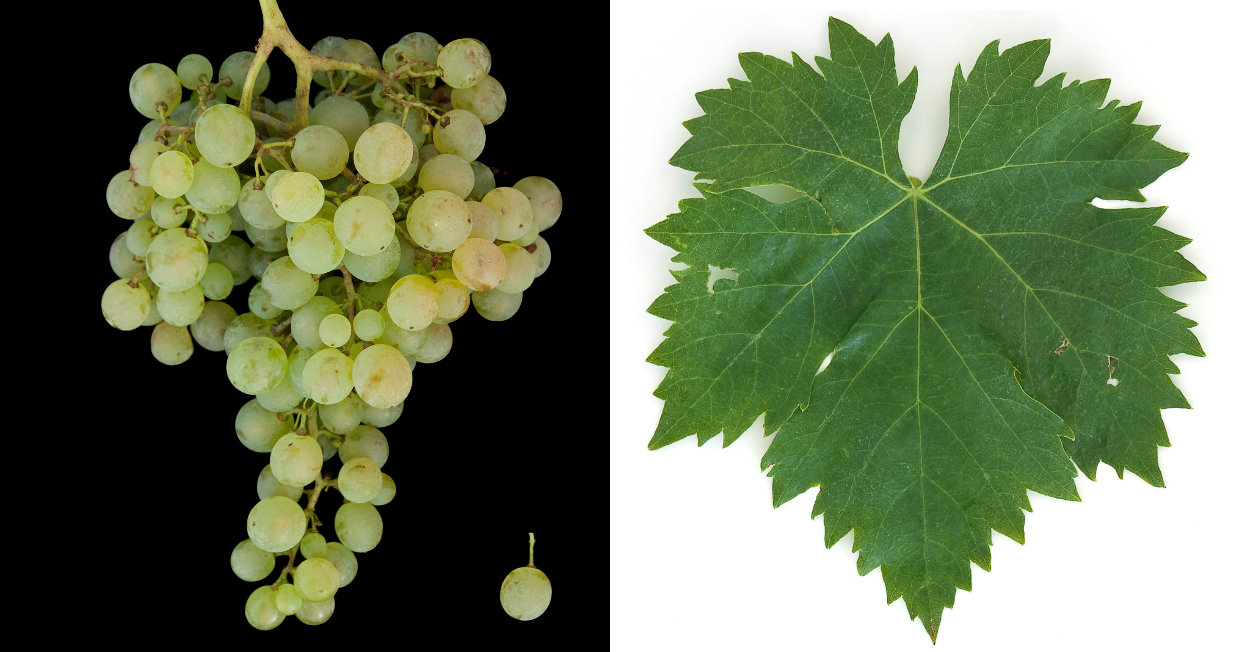 According to a document dating from 1636, the German Peter Siemens, a soldier of Emperor Charles V (1500-1558), planted a vine in Malaga from the banks of the Rhine, supposedly Elbling or Riesling. The spelling "Ximénez" is allegedly a corruption of the German name "Siemens". This was also spread by well-known authors such as Balthasar Sprenger (1724-1791) and August-Wilhelm Freiherr von Babo (1827-1894). However, German ancestry was disproved by DNA analyses.

The medium ripening vine is highly susceptible to botrytis and downy mildew, but less susceptible to powdery mildew. It produces white wines with a high alcohol content but low acidity. The variety is grown in Spain mainly in the regions of Andalusia, Extremadura and Valencia, as well as in the Canary Islands. After the Palomino, it is the second most important variety for sherry and one of the variants named after it. It is also permitted in the dessert wines of Malaga and Montilla-Moriles. The total area under cultivation in Spain is 9,036 hectares.

In Portugal it is cultivated on 197 hectares, mainly in the Alentejo region. In Chile, no stock was recorded in 2010, although 2,379 hectares were recorded here ten years earlier (under the name Pedro Jimenez). Here it is mainly used for the brandy Pisco; under which name, however, is unclear. Tiny stocks also exist in Argentina (8 ha), Australia, California, Peru (1 ha) and Uruguay. In 2010, the variety occupied a total of 9,243 hectares of vineyard area, with a sharp downward trend (in 2000 it was still 17,272 and in 1990 as much as 47,915 hectares). It thus occupied 76th place in the worldwide grape variety ranking.