Single location in the municipality of Ockfen (Saar area) in the German Moselle growing region. It is situated at the Ockfener Bach, a tributary of the Saar, directly above the community. Finds point to viticulture in Roman times. There are two interpretations about the origin of the name "Ockfener Bockstein". The first goes back to the billy goat, whose fertility and procreative power was a symbol of the Dionysus cult. Since billy goats often caused considerable damage in vineyards, they were sacrificed to the god at omitted festivals, the so-called Dionysias, and often found their way into vineyard names. The second interpretation is more recent. In earlier times a "Baron von Bock" was active as a hunter in the state forest of Trier. His residence was a group of rocks on the ridge of the Lage. In the vernacular this was called "the Bock his stone", from which the name of the Lage developed. The Lage was formerly owned by the Prussian kings. 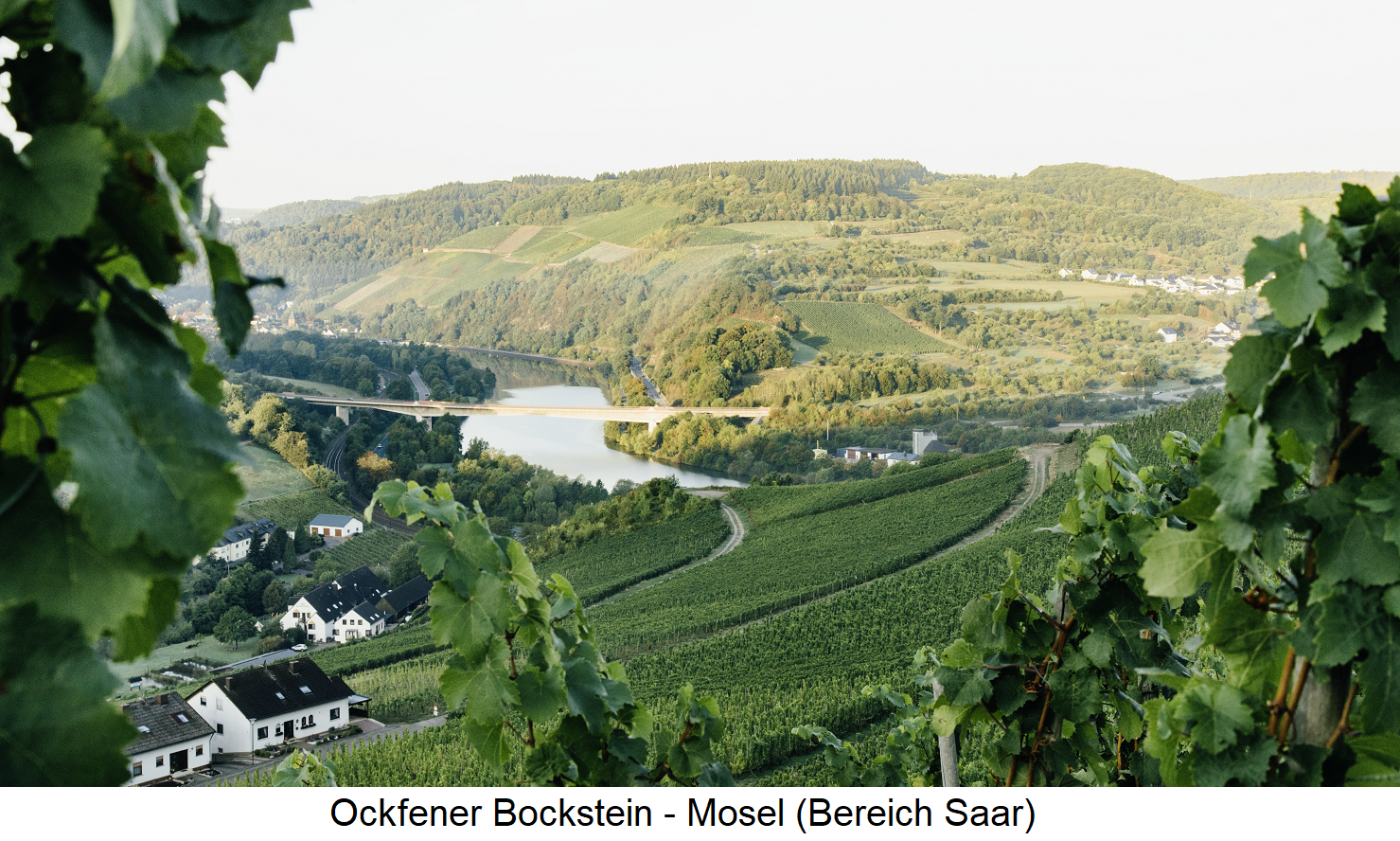 The vineyards, which are oriented to the south in the western part, to the southwest in the central and in some eastern plots, and to the south on the eastern edge, at an altitude of 180 to 320 metres above sea level with 35 to 60% slope, cover 53 hectares of vineyard area. The stony, gravelly and skeleton-rich Devonian slate and greywacke weathered soils are interspersed with quartzist sandstone and in places yellowish fine soil. A forest on the mountain ridge provides excellent protection against cold down winds. Here, mainly the Riesling variety is cultivated, still mostly on Mosel piles(single pile cultivation). The vineyards Dr. Fischer, Dr. Heinz Wagner, forester Geltz-Zilliken, Mertes Johann Peter, Molitor, Nik Weis - St. Urbans-Hof, Othegraven, Reichsgraf von Kesselstatt, Reverchon and Weinhof Herrenberg, for example, have a share in the site.