Winegrowing area (District) in South Africa, named after the city 50 km northeast of Cape Town. It belongs to the Coastal Region and includes the Wards Vor Paardeberg and Wellington. The name means "pearl", which refers to the granite mountain "Paarl Rock" at the foot of the city. It sparkles like a pearl after rainfall in the sunshine. On top of the mountain rises the "Taal Monument", formed by white columns, which is dedicated to the Afrikaans language, which is mainly spoken in South Africa. Towards the end of the 17th century emigrated French Huguenots came to the area and brought their extensive knowledge of viticulture with them. They founded viticulture there and in Stellenbosch. The town of Paarl was founded by them in 1717. This is the seat of the largest cooperative KWV (Kooperatiewe Wijnbowers Vereniging van Zuid Afrika).

The Mediterranean climate is characterized by hot, dry summers and humid winters. Rainfall is usually sufficient, so additional irrigation is only necessary in exceptional cases. Around the town of Paarl, granitic soils prevail, while the banks of the Berg River are more sandy. The vineyards bordered by mountains cover 16,673 hectares of vines. They are planted to 60% with the red wine varieties Cabernet Franc, Cabernet Sauvignon, Cinsaut, Merlot, Pinotage, Pinot Noir, Ruby Cabernet and Shiraz, and 40% with the white wine varieties Chardonnay, Chenin Blanc, Colombard, Crouchen, Riesling, Sauvignon Blanc and Sémillon. 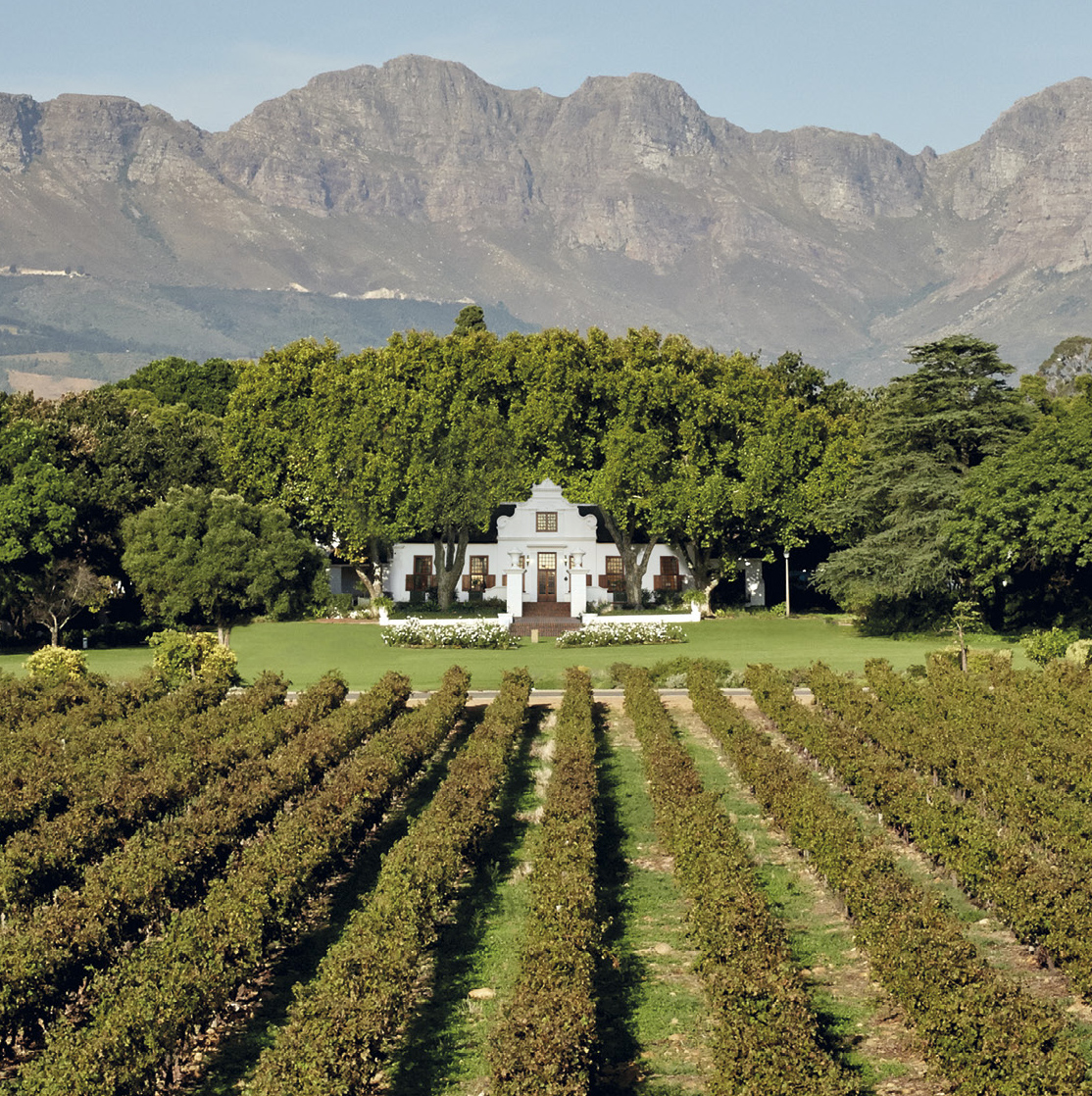