Österreich Wein Marketing GmbH is a service company for the Austrian wine industry based in Wien. A predecessor was the "Association for Austrian Wine Advertising" founded in 1952. Its main activities were wine tastings, trade fair participation, letter advertising and billposting. It was dissolved in 1968, the existing assets were given to the ÖWI (Austrian Wine Institute), today an ÖWM subsidiary. Today, this company is still involved in logistics, shipping and the sale of wine accessories, advertising material, etc. Between 1968 and 1985, the Austrian Wine Industry Fund carried out promotional activities for Austrian wine. 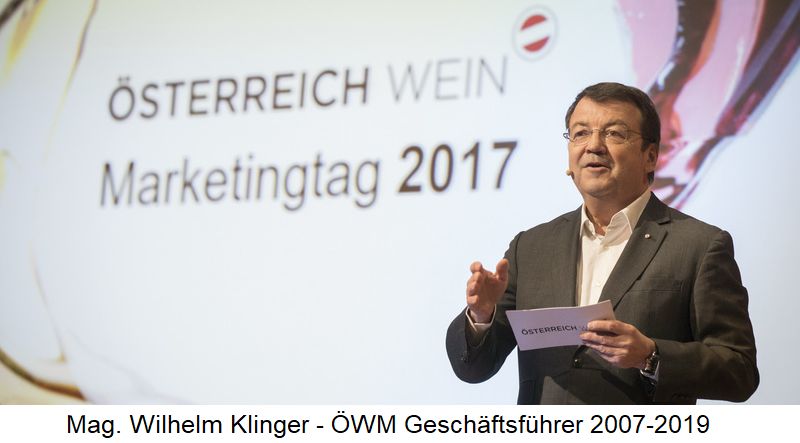 In 1985, the wine scandal (popularly known as the "glycol scandal") came to light. It was about the unauthorised "improvement" by adding diethylene glycol. At the end of 1986, the "Österreichische Weinmarketing Service GmbH" was founded to help alleviate the consequences of this scandal through marketing measures, among other things. It supports and coordinates the strategic efforts of the Austrian wine industry in terms of quality and sales. It is financed by compulsory contributions from all winegrowers calculated from the areas under vines. The annual income amounts to about 4 million euros in marketing contributions from the wine industry (1.1 cents per litre of harvested wine and 1.1 cents per litre of bottled wine put on the market) and about 3.5 million euros in contributions from the Länder. In addition, ÖWM receives subsidies from the European Union.