Designation (also known as nubbed glass) for jugs and cups made of glass, onto which nubs (raised areas) were fused on the outside for better grip. Until the end of the 14th century the nubs had a snail-like shape, from then on they became sharper. In the 19th century, the knobs were very small and the glasses were also called "wart cups". In terms of their composition, Roman glass and the glass known as ribbed glass in Hesse are similar. The Dubbeglass and the Mainz rod have no elevations but depressions for the same purpose. See also under wine vessels and wine glasses. 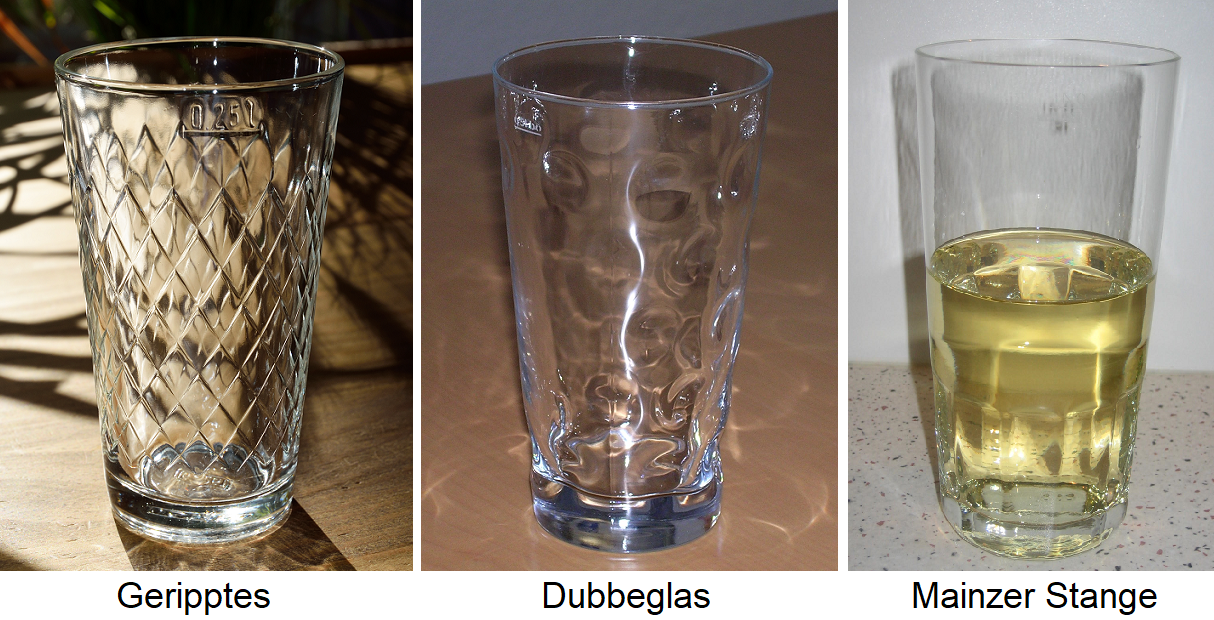 Ribbed: From photo of Hydro at Wikipedia, CC-BY-SA 4.0, link
Dubbeglas: From Peisi in Wikipedia in German by User:Peisi, Gemeinfrei, Link
Mainzer Stange: From Symposiarch - Own work, CC BY-SA 3.0, Link