Become a Premium Member today!
Producers and Wine Reviews about the "North Macedonia"

Formerly part of Yugoslavia, the Republic of Macedonia became independent in 1991. For historical reasons, both Macedonia and (for the region of Macedonia with the three-fingered peninsula of Chalkidike and the monastic republic of Athos) claimed for themselves (see also under Macedonia). After many years of dispute, the two states came to an agreement in 2018. On 12 February 2019, the country was officially renamed North Macedonia (Republika Severna Makedonija). Viticulture in Northern Macedonia has a long tradition, as in all other former Yugoslavian constituent states. 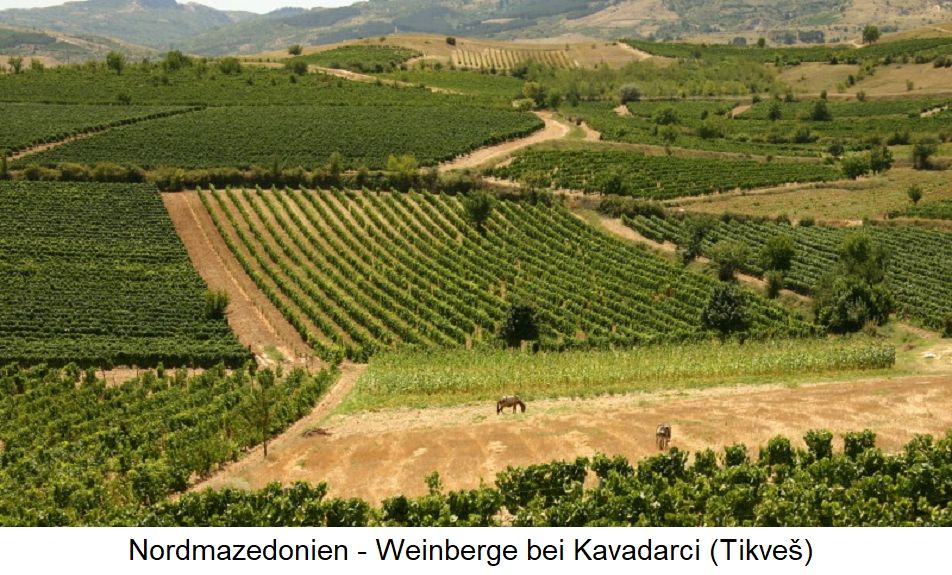 The Mediterranean-continental climate is characterised by mild winters and warm, sometimes even subtropical summers. The topography is characterised by mountains and barrenness. There are three wine-growing regions producing "Vrvno Vino" with controlled designation of origin: