Market town in the wine-growing region of Central Burgenland (Austria) with the cadastral municipality of Haschendorf. The Celts and Romans already practiced viticulture here. Neckenmarkt was situated in the immediate vicinity of the Roman road, which connected the two towns of Scarbantia (Ödenburg) and Carnuntum. From the 15th century onwards, the so-called "long-distance wine trade" was practised and wine was often exported to Bohemia, Moravia and Silesia in exchange for natural produce. In 1620, the Neckenmarkt farmers supported Count Nikolaus Esterházy (1583-1645) in his fight against rebellious Hungarians and Bohemia. This is the origin of the custom of flag-waving, after which a branded wine is named. An entry in the "Inventarium Vinorum" of 1639 documents that in 1637 eight and a half buckets (433 litres) of "Außpruch"(outburst) were harvested in Neckenmarkt. 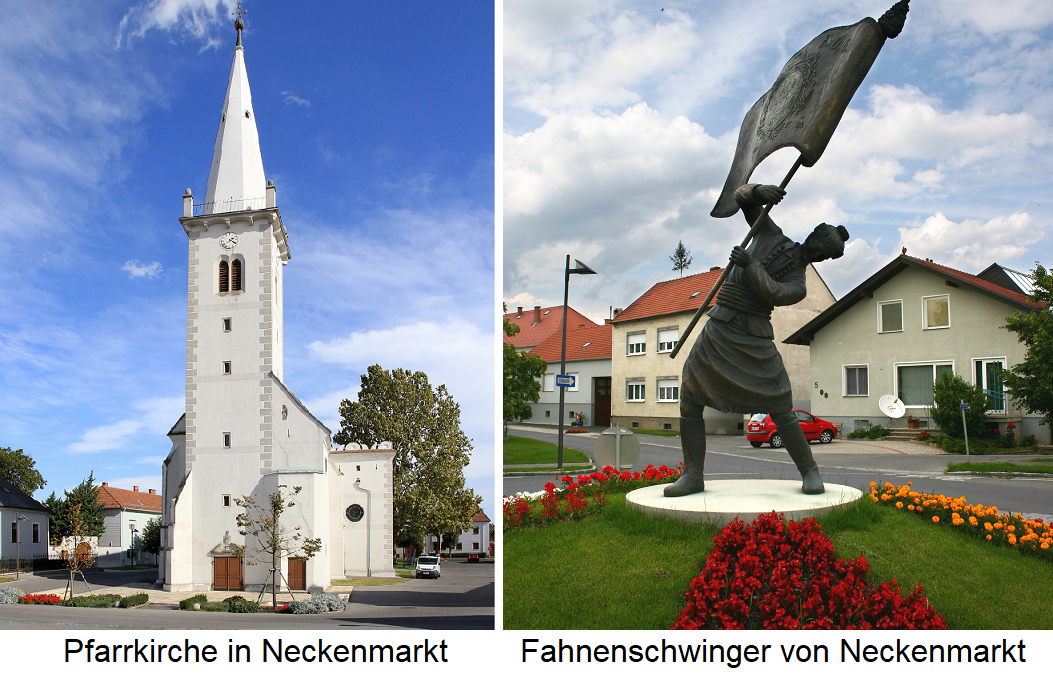 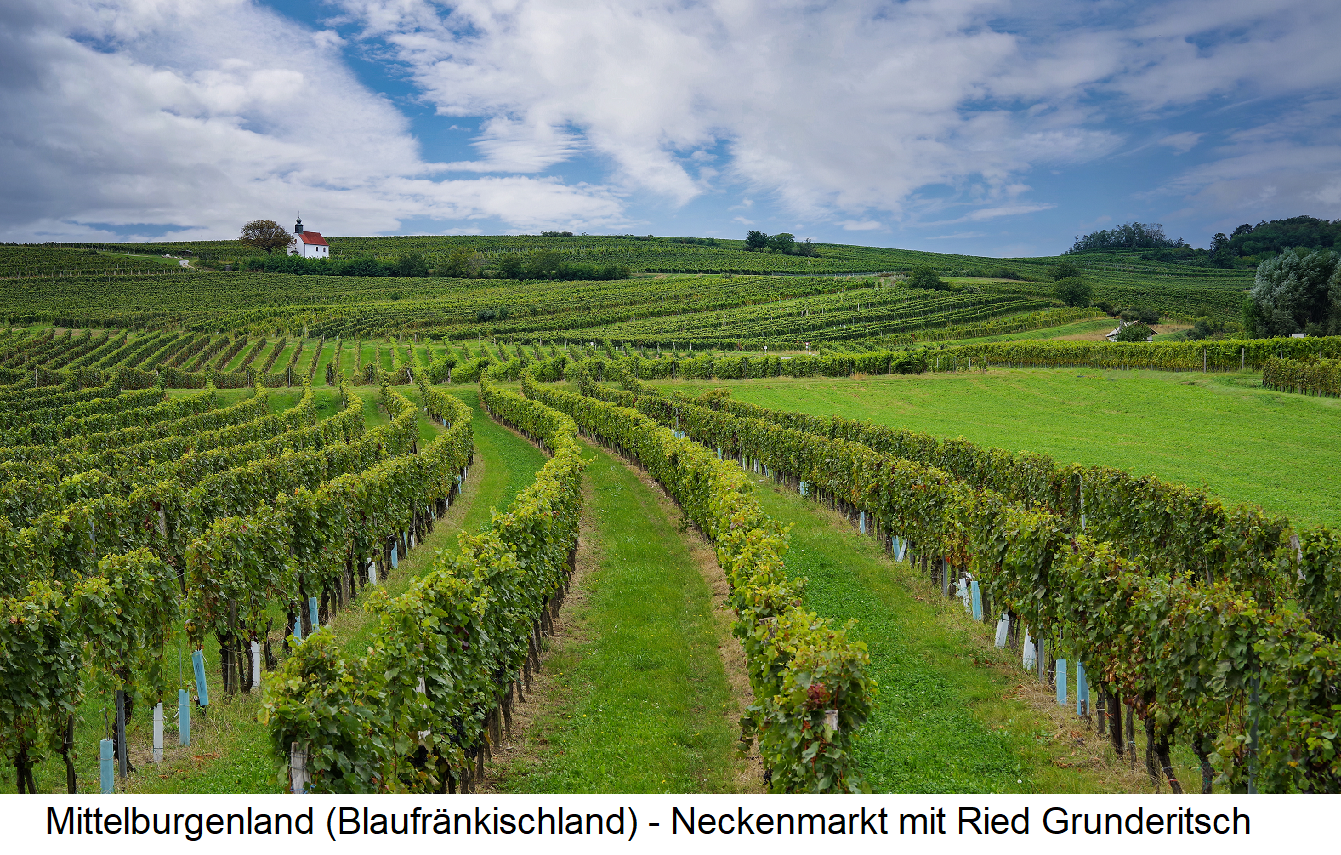