The red grape variety is an interspecific new breeding between Jaeger 43 x Rupestris. It contains genes of Vitis lincecumii and Vitis rupestris. The hybrid was crossed by the breeder Hermann Jaeger (1844-1895) in Missouri, who named it Jaeger 70 and later after his friend Thomas Volney Munson (1843-1913). It is an all-female grape variety. It has a high resistance to phylloxera (but nevertheless grafting is necessary). The French breeder Albert Seibel (1844-1936) used the vine for many of his French hybrids. In the USA it is mainly used as a table grape. Under the name Jaeger 70 it was used as a crossbreeding partner for the new varieties Couderc Noir, Flot Rouge, Roi des Noirs, Rosette, Rougeon, Salvador Noire and Vivarais. 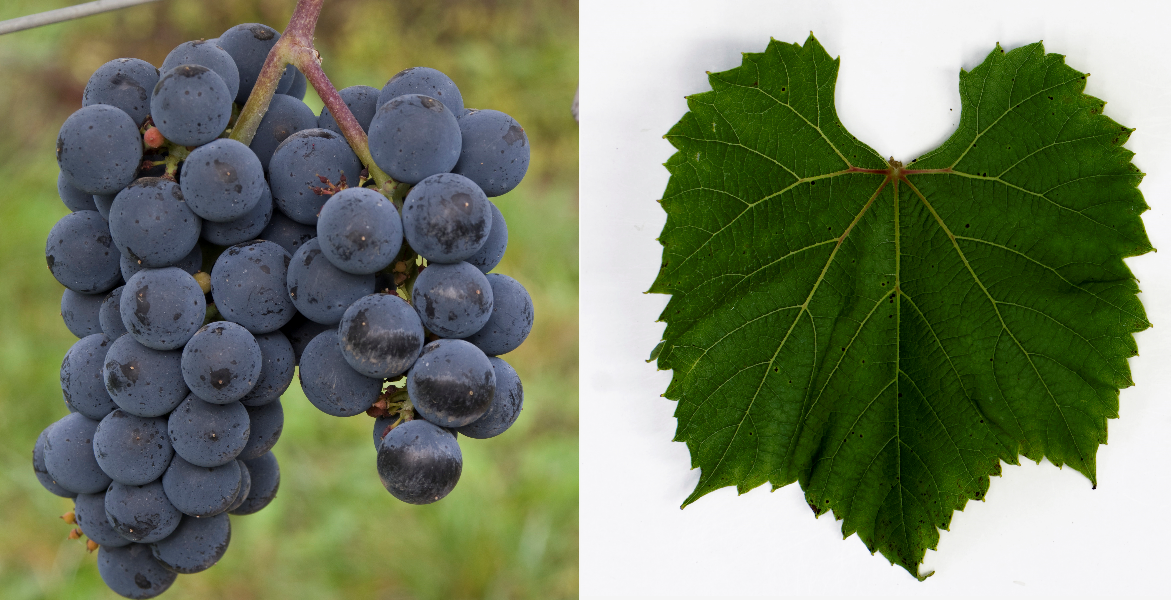