Capital of the southern French region Languedoc-Roussillon in the Département Hérault not far from the Mediterranean coast. In 1289 Pope Nicholas IV founded a church here. (1227-1292) founded a university here with the disciplines medicine, theology, law and philosophy. This developed into an intellectual centre of high level. Among others, the famous doctor Arnaldus de Villanova (1240-1311) taught here. In 1872 the "École Nationale Supérieur Agronomique" was founded as a branch of the university. The reason for its foundation was the catastrophe in French viticulture caused by the two mildew fungi and phylloxera. Jules Émile Planchon (1823-1888), who in 1868 was finally able to identify phylloxera as the cause of the mysterious death of vines, was also a professor of botany here. Today the Department of Viticulture is one of the most important institutes in the world.

The first director was Professor Gustave L. E. Foëx (1844-1906). He worked intensively with American vines and experimented extensively with phylloxera-resistant rootstocks. This was the reason for the special position of the branch ampelography at the university. Foëx also laid the foundations for a collection of French and American vines, which today comprises over 3,100 grape varieties, 230 rootstocks and numerous wild vines. There are also many extinct varieties that are no longer cultivated anywhere. The herbarium is, next to Magarach (Crimean-Ukraine), the world leader. It was moved to the Domaine de Vassal in 1949 by Jean Branas because the sandy soil there is free of phylloxera and nematodes. The estate is located between the Mediterranean Sea and the Etang de Thau (lagoon) in Marseillan. 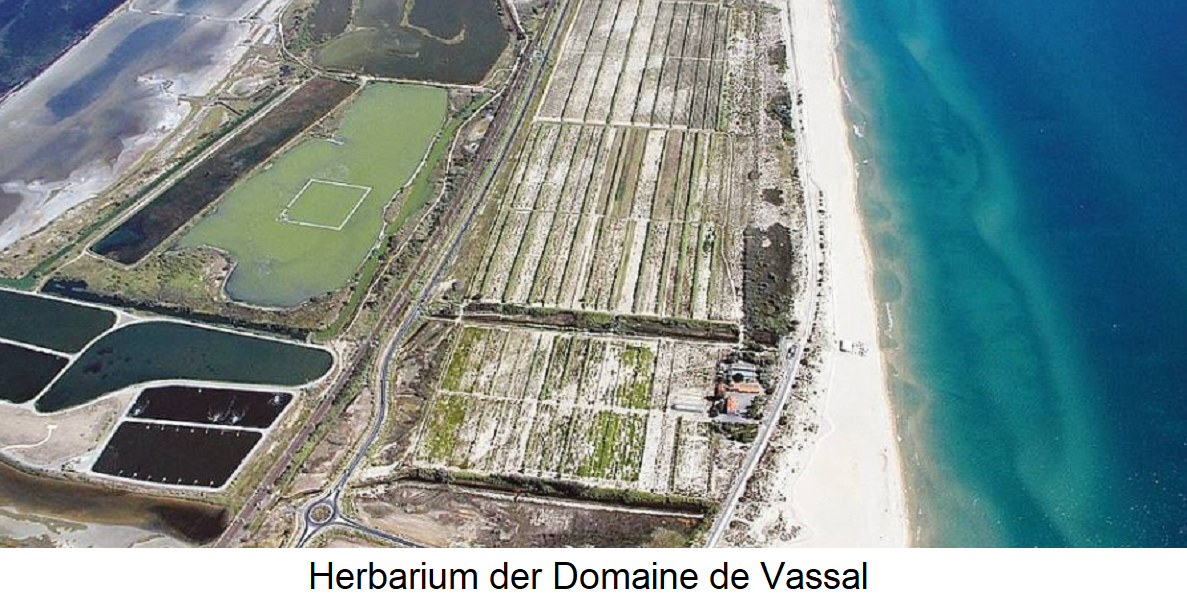 Pierre Viala (1859-1936), a specialist in vine diseases, studied in Montpellier, became professor of viticulture here, laid the foundations for the famous document "41 B" during a trip to the USA and, together with Victor Vermorel (1848-1927), published the seven-volume classic "Ampélographie" with 24,000 described grape varieties and many colour plates. Other important personalities at the university were or are, among others, Denis Boubals (phylloxera, mildew, foundation of Domaine du Chapître), Jean-Michel Boursiquot (grape variety identification), Jean Branas (viral diseases, clone selection), Alain Carbonneau (leaf canopy microclimate, Pierre Galet (grape variety identification), Louis Ravaz (foundation of the Viticulture Institute in Cognac, expansion of the grape collection), Thierry Lacombe and Paul Truel (both grape variety identification).

Successful DNA analyses have led to the establishment of a globally recognised centre for grape variety determination in Montpellier, in close cooperation with specialists from the University of California. In the 1990s, this was primarily Dr. Carole Meredith for the varieties Chardonnay, Durif, Gouais Blanc, Durif (Petite Sirah) and Syrah. Since 1946, the INRA has been financing the further development of viticultural research and providing experts. Partly in collaboration with other institutes, Montpellier experts have created new varieties such as Arriloba, Chasan, Chenanson, Clarin, Ederena, Ganson, Gramon, Monerac, Odola and Perdea. See also under viticulture institutions.