Term for monorail rack railways for overcoming extreme gradients in impassable terrain. The track consists of a square tube with a rack welded to its underside. The tube is mounted on supports spaced a few metres apart. This means that monorack tracks have a relatively small footprint. They can overcome gradients of up to 100% inclination. Horizontal and vertical curves are possible up to a radius of four meters. They can therefore be flexibly and individually adapted to the topography. The vehicles used are so-called monorack tractors with diesel, petrol or electric drive. This allows loads of up to 250 kg to be transported. 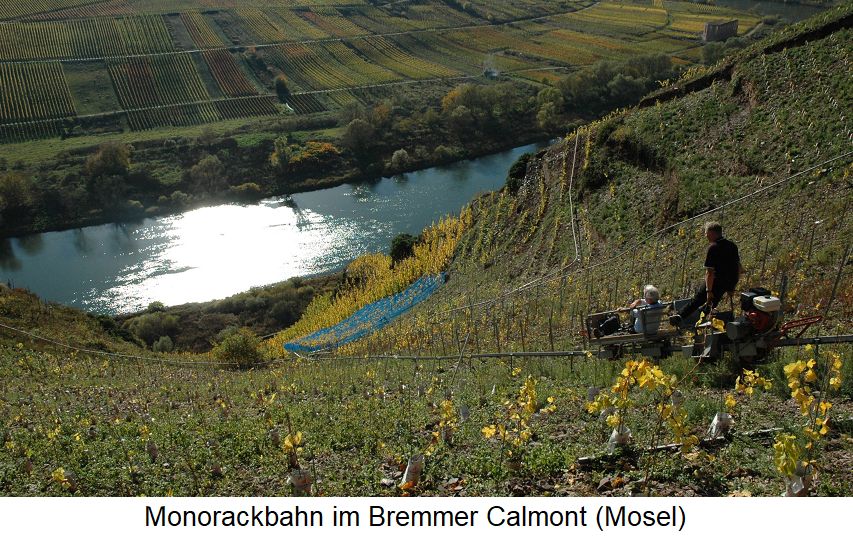 One of the main areas of application for monorack tracks is in steep-slope winegrowing, where heavy loads have to be transported in topographically difficult locations. They are used to transport stakes, fertilisers and the grapes during the grape harvest or simply as a means of ascent for the winegrowers. A list of particularly exposed wine-growing areas, such as those along the Moselle or in the Swiss canton of Valais, is included under the keyword steepest vineyard. See also under vineyard area.