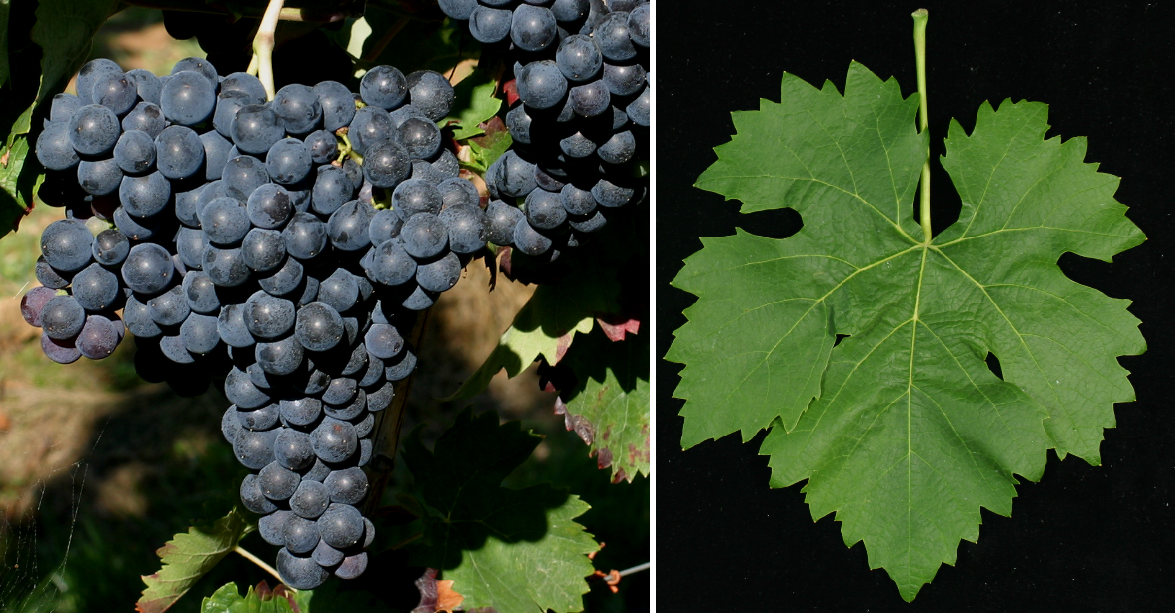 The variety was already mentioned in 1381 in Empordà (Catalonia) by the monk Francisc Eiximenis (1340-1409), together with the Bobal, as the most important varieties in Valencia. The name probably derives from "monasterio" (monastery). This could be an indication that the variety was first cultivated and spread by monks. The exact origin is probably the area around the city of Sagunto in the province of Valencia. Sagunto was an important wine port north of Valencia and was called Murviedro in Catalan until 1877, from which the main French name Mourvèdre probably derives.

Although it appears to have synonyms or morphological similarities, it should not be confused with the varieties Bobal, Graciano (Monastrell Menudo), Moristel, Négrette or Rossola Nera. The French variety Mourvèdre (Mataro) is identical, which was doubted for some time by a misinterpreted DNA analysis. According to analyses carried out in 2010, Graciano and Monastrell could be siblings (same parents), but a parent-offspring relationship between the two can be ruled out. It is also suspected that they are related to the Italian variety Vermentino Nero. In probably natural crosses she was a parent of the varieties Bourrisquou, Epero de Gall, Gorgollasa and Pascale. She was also (as Mourvèdre) a crossing partner in the new breeding of Mourvèdre Hichle.

This very late-maturing, low-yielding vine is sensitive to drought, susceptible to both types of mildew, mites and Esca, but resistant to botrytis and black spot disease. The thick-skinned berries produce red wines with a high alcohol content, dark colour and rich in tannins, with aromas of blackberries. The variety is not unproblematic, as it likes "the face in the sun and the feet in the water". So it needs a lot of sunshine, but also a good water supply. In any case, it is excellently suited or dependent on the Mediterranean climate with long, hot summers and mild winters.

By far the largest quantity is found in its country of origin, Spain, where it is cultivated mainly in the centre and along the Mediterranean coast in the south-east of the country. The largest areas under cultivation are in Castile-La Mancha with numerous DO areas and in the Levant with the DO areas of Alicante, Jumilla, Valencia and Yecla. It is mainly used as a blending partner with the Bobal variety, among others, but is also increasingly developed as a pure variety. In 2010, a total of 58,406 hectares were recorded in Spain with a declining trend.

The variety was probably introduced to the south of France as early as the 16th century and was named in Provence after the above-mentioned port city of Mourvèdre and in Roussillon after a town called Mataro located between Barcelona and Valencia. It was then widespread in France before the phylloxera and powdery mildew catastrophe, but was then extremely reduced (in the 1950s there were only a few hundred hectares left). In 2010, it covered a total of 9,257 hectares in the regions of Languedoc-Roussillon, Provence, the southern Rhône and on the island of Corsica, and the trend is still upwards (ten years earlier it was 7,634 hectares).