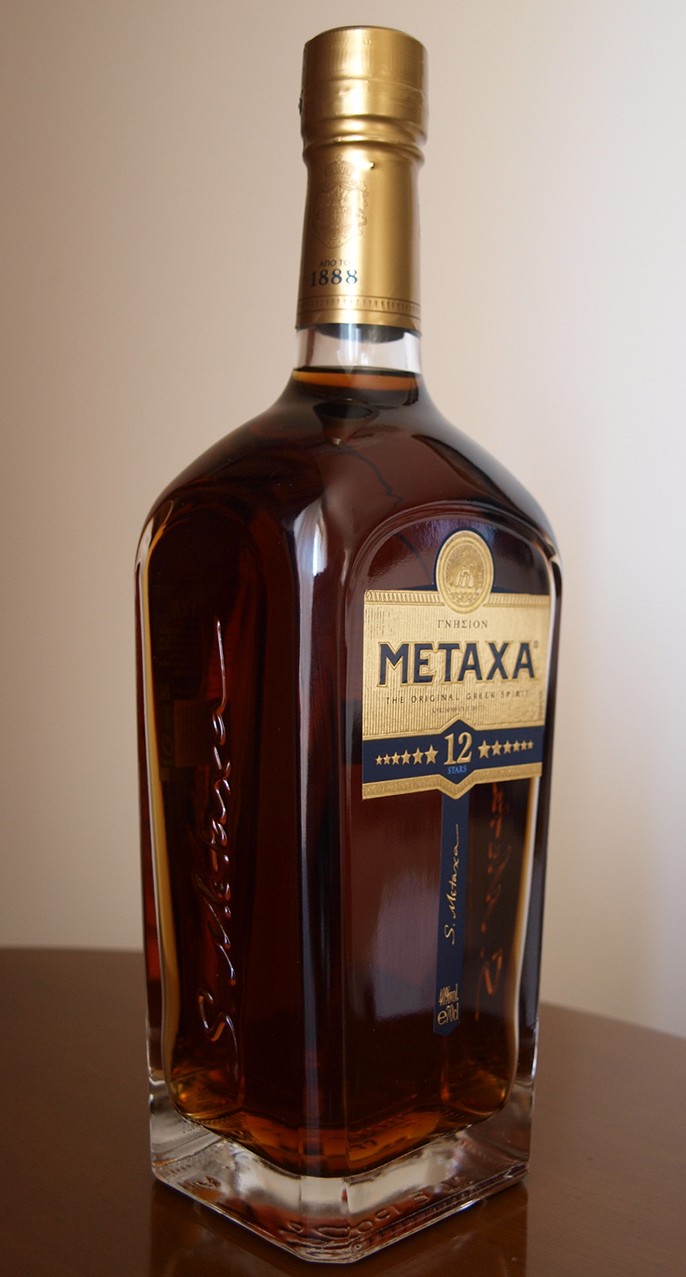 The famous Greek brandy is named after its founder Spyros Metaxa (+1909). In 1880, he and his two brothers acquired extensive vineyards in the best locations in the Piraeus region of Attica. He experimented with the blending of different wines and began distilling the product, which was so named from 1888. When the first factory was built, an ancient coin with the symbol of the "Salamina warrior" was found. The name derives from the famous battle of the island of Salamis in 480 BC, in which the Greek fleet of Themistocles defeated the fleet of the Persian king Xerxes I (519-465 BC). The find was seen "as a sign of divine intervention" and the coin became the company's trademark, emblazoned on every label. Metaxa was already exported to the USA in 1900.