After fertilization at flowering, the berries begin to grow very quickly. The acid concentration in the unripe berries rises to a maximum value, then the acid concentration is reduced and the sugar content increases rapidly. At this point, the ripening phase, known as the véraison, begins. This is the period within the annual vegetative cycle of the vine, at which the berries become soft and begin to discolour. The end of the ripening phase, or the peak of maturation, is characterised by an optimum Zuckersugar/acidity ratio (see also physiological ripeness). The time between blossoming and ripening varies greatly from one grape variety to another, which is why we speak of early to late ripening grape varieties. Soil type, climate, weather and the work of the winegrower also have an influence on this. The time of ripening also depends on the microclimate in the vineyard and can also differ for individual clones of the same grape variety. So even in smaller wine-growing areas the same grape variety can produce different results.

The terms early to late-maturing used to be understood very differently. The ampelograph Victor Pulliat (1827-1896) therefore developed a uniform classification towards the end of the 19th century, which is still used today. He defined the early-maturing Chasselas (Gutedel) as the reference grape variety and the must weight as the criterion for measurement and comparison. The scale consists of five categories, again divided into early, medium and late. Often, however, grape varieties are only roughly and inaccurately divided into the three categories early, medium and late. The five sweater ripening periods cover a period of about six weeks: 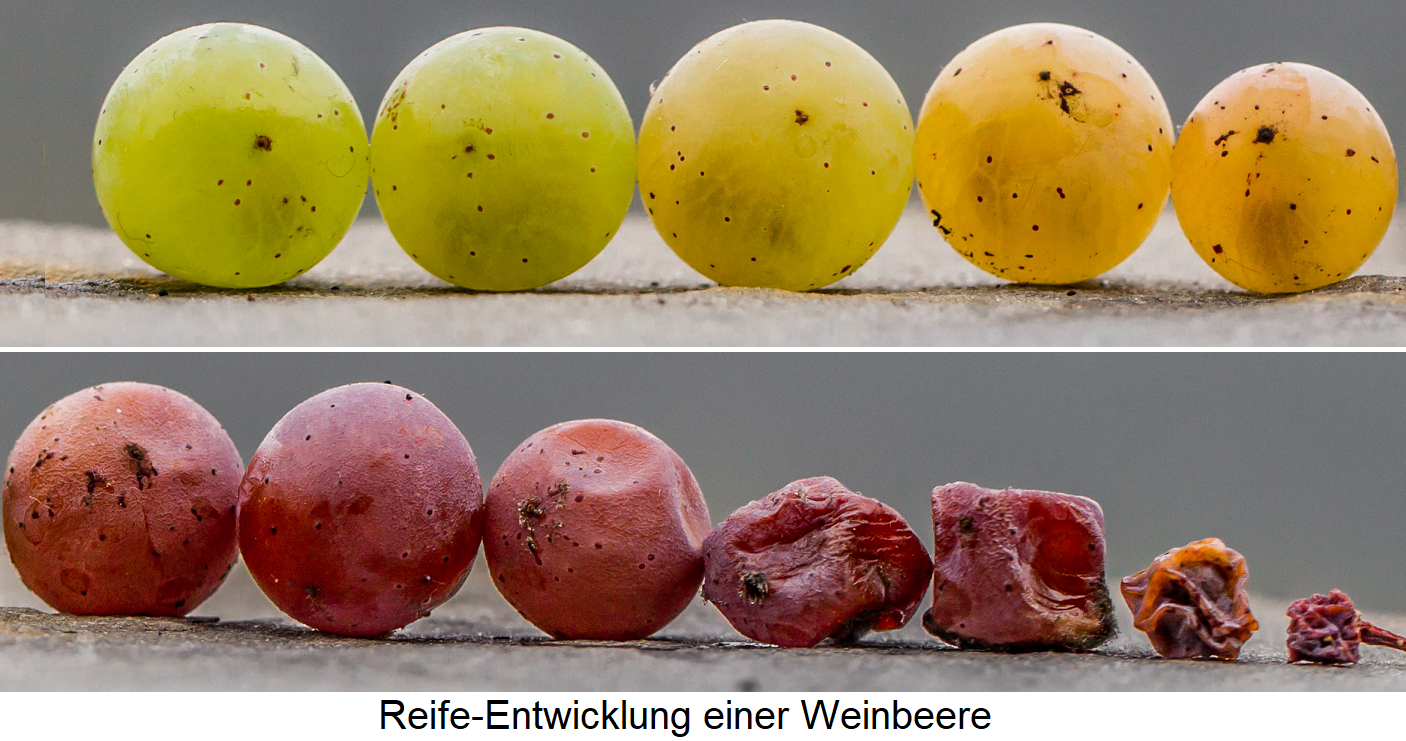 Albert Julius Winkler (1894-1989) and Maynard A. Amerine (1911-1998) of the University of California (Davis) divided the Californian wine-growing regions into five climate zones with the optimum grape varieties for ripening based on the temperature sum system (degree days)

Since the middle of the last century, the time of ripening has shifted considerably due to climate change. Compared to the 1960s, it occurs one to two weeks earlier today (2020s). In 1964, the French ampelographer Pierre Galet (1921-2019) drew up a list of the ripening dates of the main grape varieties cultivated in France to prove this fact

The criteria for the suitability of a region for viticulture are called winegrowing eligibility. With regard to the ageing, development, maturation and climax of a wine, see under Aging, bottle-ageing, shelf life and drinking maturity. A complete list of grape variety-specific keywords can be found under grapevine.