According to a legend, the champagne glass, which was particularly common in the 19th century, is in the shape of a flat bowl (French coupe), modelled on the bosom of Marie-Antoinette (1755-1793). The marriage to King Louis XVI (1754-1793) was a typical union of the ruling dynasties of the time for political reasons. The youngest daughter of the Austrian Empress Maria Theresa (1717-1780) was married to the 15-year-old Dauphin at the age of 14 and crowned Queen of France four years later. Marie-Antoinette cultivated a wasteful, reckless lifestyle, aroused the hatred of her subjects with the notorious "necklace affair" and died like her husband in the turmoil of the French Revolution under the guillotine. The well-known saying "If they have no bread, let them eat brioche (pastry)" (in response to the reproach or accusation that the poor could not buy themselves bread) is wrongly attributed to her 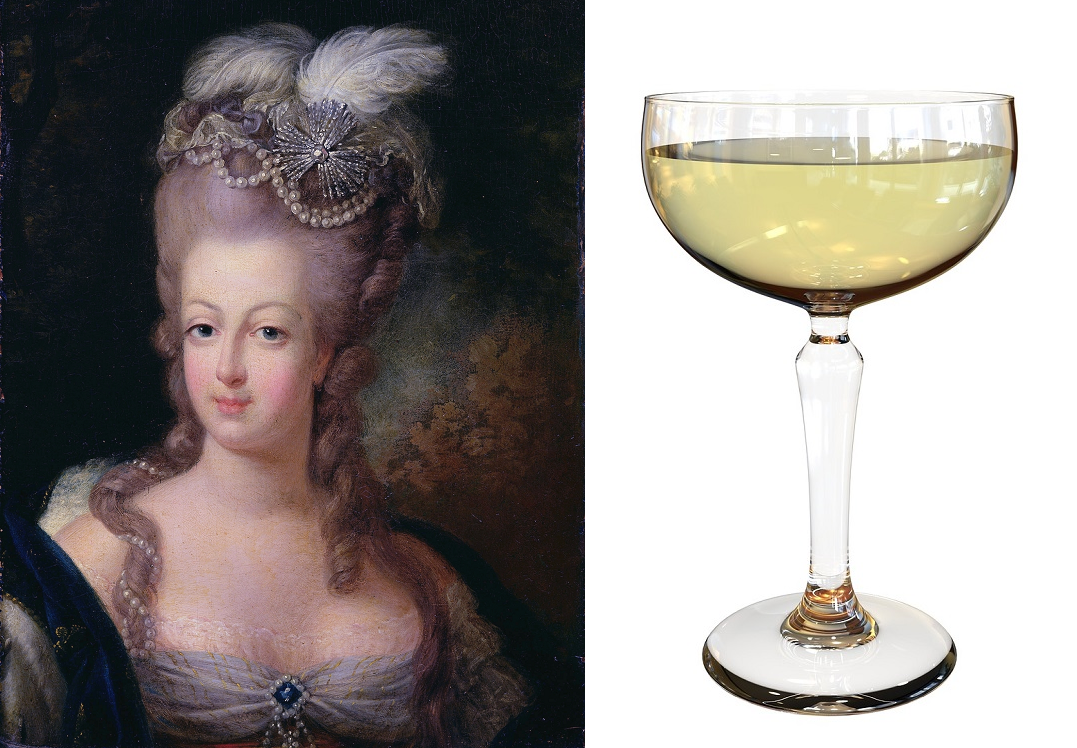 Other ladies are also mentioned whose breasts are said to have served as the "model" for the champagne glass. The actual design for the bowl-shaped glass is attributed to the French author and satirist Marquis de Saint-Evremond (1610-1703), who rendered great services to the popularity and dissemination or "invention" of champagne. However, the flat coupes are not particularly suitable for champagne or sparkling wines due to the large liquid surface, which causes the carbonic acid to escape too quickly and thus results in a stale taste. For this reason, goblets with a small surface are generally preferred today(flute =flûte). See also under wine glasses and wine vessels.

Marie-Antoinette: Picture from WikiImages on Pixabay
Coupe: from Wilson Blanco on Pixabay