Designation (also called Schoppeglas) for the special wine glass for wines by the glass (Schankwein) in the German state of Rhineland-Palatinate (capital Mainz). It is a rod-shaped, thin-walled glass with a height of around 155 millimetres and a diameter of 60 millimetres and a volume of 0.4 litres. There are also variants with 0.5 liters. The slightly conical glass becomes a little wider towards the opening at the top. At the base, the rod is flattened polygonally (polygonal) at a height of around 60 millimetres, making it non-slip (cheap variants with much thicker glass imitate the flat structures at the base only by printing). In terms of this function or composition, it is similar to the Dubbeglass in the Palatinate. No depressions, but rather elevations have the same purpose as the glass known as ribbed glass in Hesse, as well as the ancient knobbed glass. 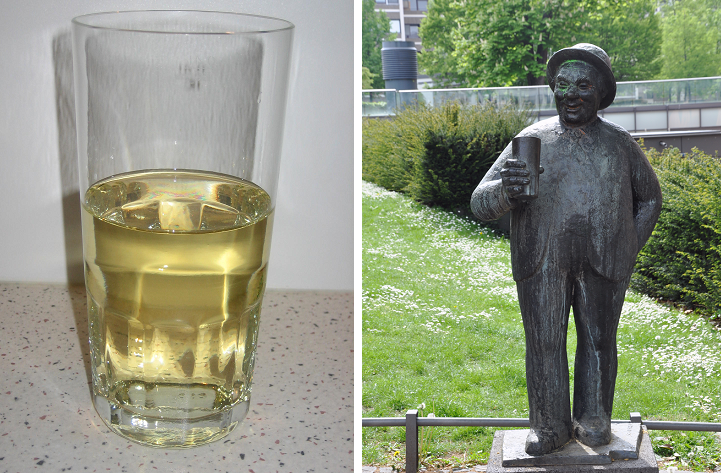 A special variant of the Mainz pole is the so-called "Schoppenstecher glass", in which the sculpture of the famous Schoppenstecher statue (on the edge of Schillerplatz in Mainz) is etched. The typical Mainz term "Schoppenstecher" describes a wine drinker who sticks his nose into as many Mainz sticks as possible in many wine taverns and "stabs" (drinks) one bottle after the other. The small diameter of the glass and the resulting reduced contact with oxygen keeps the wine fresh a little longer and also the aroma in the glass. See also under Wine Vessels and Wine Glasses as well as Customs in Viticulture.