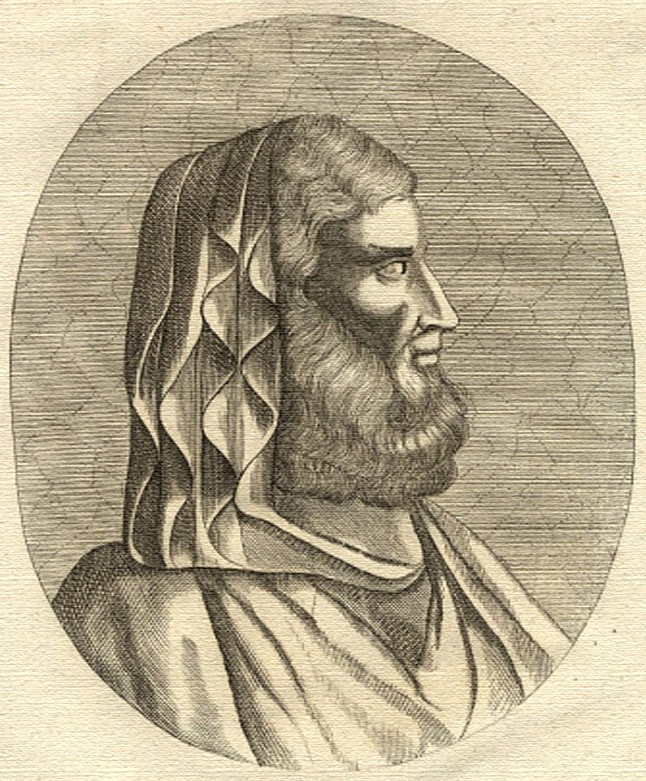 The Carthaginian is considered the "oldest wine author in the world". Little is known about his dates and life, he probably lived in the second century BC. He wrote the 28-volume work "De re rustica" (of rural affairs) in Punic language about agriculture, including viticulture. In it he described the knowledge of the Phoenicians who founded Carthage in the 9th century BC and established viticulture here.

Little is known about the life of the Mago. In his time there were flourishing vineyards around Carthage, but viticulture was not very important. It can be assumed that Mago wrote his findings on the basis of his own observations, as he specifically deals with the North African conditions. He recommends to plant the vines on northern slopes, describes some grape varieties and suggests to unite smaller wineries into larger units.

When Carthage was completely destroyed in 146 BC during the third Punic War, the Romans rescued Magos' works from the library. They were translated into Latin by an explicit senate decision in 126 BC and into Greek by Cassius Dionysius in 88 BC. From this it can be concluded that the Romans attached great importance to the work and probably wanted to use it as a basis for Roman settlement and agricultural cultivation in North Africa. However, both the original and both translations were later completely lost. The writings of Magos have survived in part because large passages were quoted by other authors. These were above all the Romans Varro (116-27 BC) and Columella (1st century BC). The second called Mago the "father of rural affairs". Mago's recommendations strongly influenced Roman viticulture. Some of the contents of his works are also included in the famous agricultural anthology Geoponika from the 10th century. For more information, see also Ancient wines, Ancient grape varieties and drinking culture.