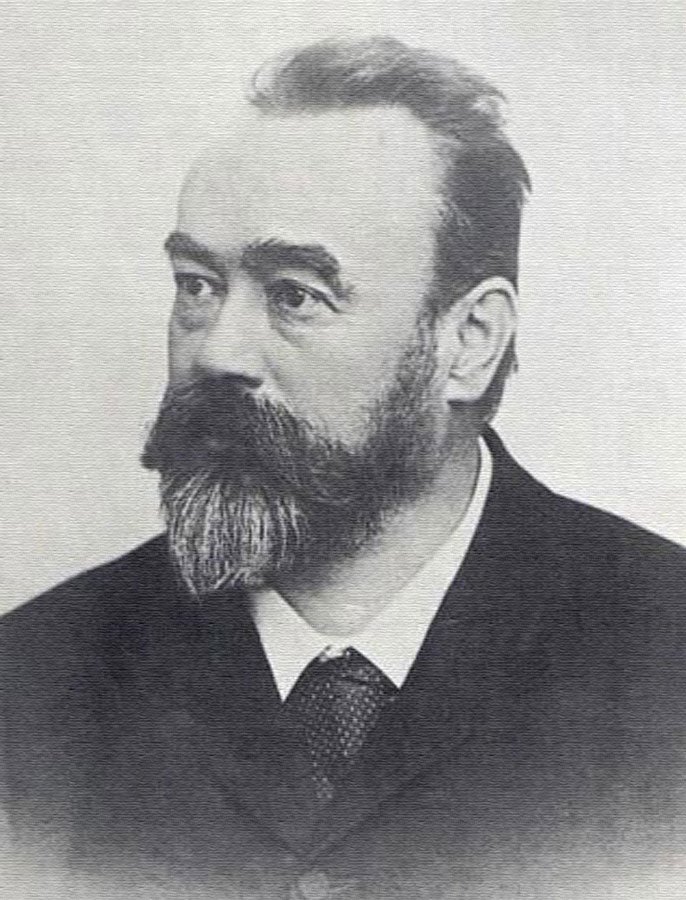 The agricultural chemist and oenologist Dr. Edmund Mach (1846-1901), born in Bergamo, studied at the Chemical College of the Polytechnic in Prague and completed his studies at the Polytechnic in Vienna. After a two-year assistant period at the Forestry Academy in Mariabrunn, he was appointed in 1870 as an adjunct to the oenochemical experimental station of the Klosterneuburger Weinbauinstitut(Lower Austria). Later he became the first director of the Agricultural Institute of San Michele all'Adige(South Tyrol), which he directed until 1899 and developed into a research and experimental institute. After his retirement there, he became a lecturer for fruit growing and viticulture in the Imperial and Royal Court. Imperial and Royal Ministry of Agriculture.