Single vineyard site in the municipality of Deidesheim (Mittelhaardt-Deutsche Weinstrasse area) in the German wine-growing region of the Palatinate. It was already mentioned in documents in 1491. The name refers to the old field measure Morgen. The vineyard, which faces east to south-east at an altitude of 125 to 150 meters above sea level with a slope of 10 to 15%, comprises ten hectares of vineyards with (to which the first part of the name refers) very long parcels of land. It is surrounded in a semicircle by the Paradiesgarten site, with the statue of "Stone Eve" at the top. To the west, the Haardt Mountains protect the vineyards from the winds. The soil consists of sandy loams, red and white mottled sandstone weathering and sandstone scree, as well as heavy loess deposits. The Riesling variety is mainly cultivated here. The Bassermann-Jordan, Christmann Arnold, Dr. Bürklin-Wolf, Siben and Weingut von Winning, for example, have a share in the site. 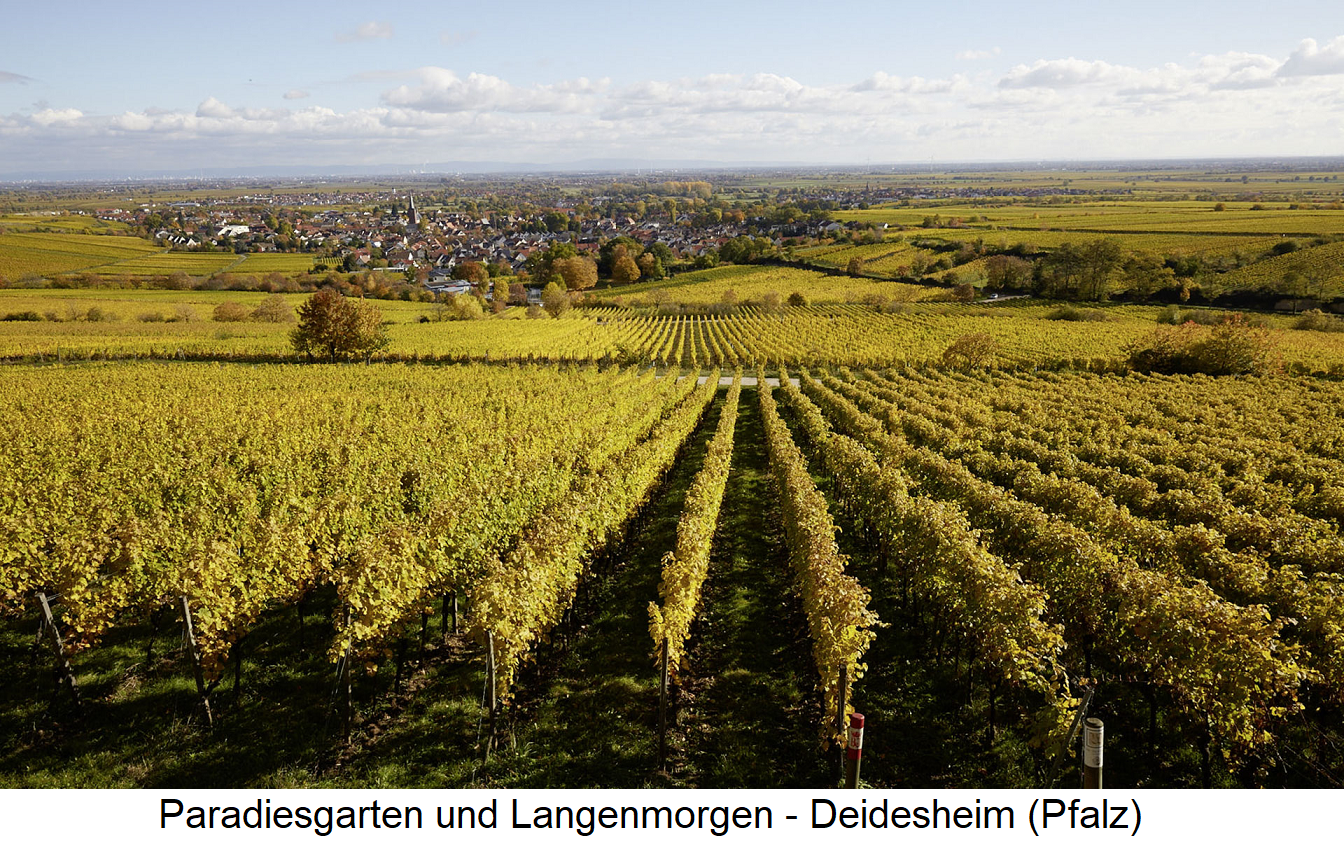